As published in Infrastructure Magazine, Australia 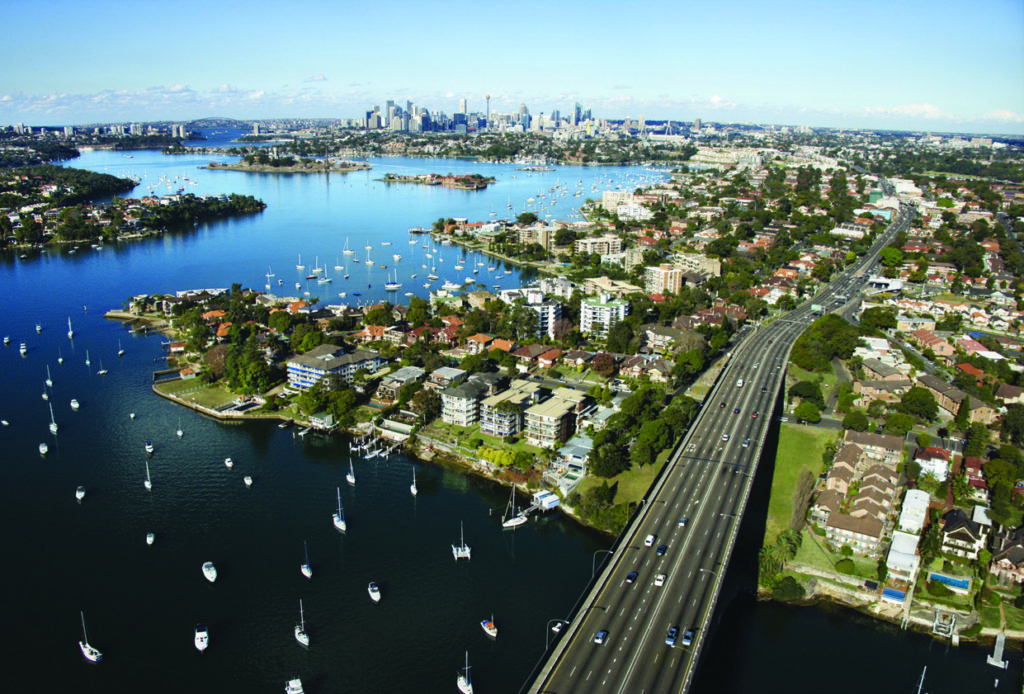 A new partnership of behavior-based simulation from Aimsun and data analytics from Data61 has the potential to set a gold standard for how agencies manage urban corridors. This article looks at the partners’ pilot project on Victoria Road, one of Sydney's busiest commuter corridors and a pivotal part of the NSW government's multi-billion-dollar infrastructure investment programme.

Victoria Road is a pivotal part of the NSW government’s multi-billion-dollar infrastructure investment program. One of Sydney’s busiest commuter corridors, it is a daily challenge to keep it functioning, but a new partnership of behavioural-based simulation from Aimsun and data analytics from Data61 has the potential to set a gold standard for how agencies manage urban corridors.

The Victoria Road corridor from James Ruse Drive to the central business district (CBD) is one of Sydney’s busiest commuter corridors, carrying over 130,000 vehicles on the Western Distributor to and from Sydney’s CBD on an average weekday. With current traffic flow only six per cent down from pre-pandemic highs, the corridor has been operating over capacity for more than a decade. It has more latent demand than could be satisfied by significant infrastructure upgrades.

The already constrained corridor will be at the heart of Sydney’s future motorway network, as traffic from the M4-M5 link, the WestConnex M4, and the Western Harbour Tunnel/Beaches Link converges at the underground Rozelle Interchange. This traffic will then connect to Sydney’s CBD via the City West Link, changing the transportation dynamics of the Victoria Road corridor.

The increasing complexity in the corridor environment is compounded by the need to deliver journey time reliability to all travellers. As end-to-end journeys often include multiple modes of transport, network operators need to process a large volume of information from various dynamic sources and make decisions quickly.

When dealing with regular or recurring situations, this is not an issue, as operators draw on experience. However, this can be challenging when dealing with non-recurrent events, as the operator has limited time to respond.

In high volume and sensitive corridors like Victoria Road, simultaneous recurrent and non-recurrent events create compound impacts on multimodal journeys in the networks. As recently as December 2020, a weather event closed one lane of Victoria Road, creating queues over five kilometers long and extensive disruption to commuters and businesses.

The pilot area covers four principal arterials: the A3 (Macquarie Park to Centenary Drive); the A40 Victoria Road (James Ruse Drive to City West Link); and the A44 Great Western Highway A4 City West Link (Paramatta Road to the Western Distributor), covering 180km2 of Sydney. Within the pilot area, 575 SCATS-controlled intersections are emulated, including 43 on Victoria Road from James Ruse Drive to the City West Link. There are hundreds of public transport lines represented in the DSS in this corridor, carrying tens of thousands of passengers daily.

The DSS has three primary functions to support the network operations: supporting the daily management of the transport network, assisting in planning approvals for major events and road works, and offering multiple response plan evaluations in parallel and faster-than-real-time. The response plans can include any combination of detours, SCATS plans, change of ramp metering rates and variable message signs (including tidal flow), Road Occupancy Licensing rescheduling, rail replacement bus service and more.

The network manager views the system through a custom-defined dashboard that functions in different modes:

An operational mode shows the predicted KPIs such as speeds, queues, travel times, congestion, and delays. The system compares predicted patterns against historical patterns, alerting the network manager if there is anything out of the ordinary.

A response plan evaluation mode that provides information and KPI-based recommendations. The network manager can monitor the situation and test different response plans.

A planning mode that can assess network performance up to six months in advance. This is useful for planning special events and assessing longer-term network impacts of construction and associated traffic management.

The DSS is designed to be geographically extendable and configured to interface with numerous data feeds that can accelerate the deployment to a city-wide network. This data could include air pollution, freight efficiency, emergency vehicle access and passenger journey time reliability.

The DSS platform can support the needs of longer-term transport planning as well as day-to-day network operations by providing a calibrated Aimsun simulation model for infrastructure development, design, and construction modelling, which is often costly to develop. This is achieved by leveraging the Data61 data platform and Aimsun’s behavioural-based models as the means for scenario creation and simulation.

As a pilot, the DSS is a stand-alone solution; however, as a dynamic system support solution, it can be integrated into any operational management platform as it is specifically system agnostic. As a planning tool, it can be accessed and operated on any computer or laptop.

Aimsun has deployed predictive modelling in over 15 cities globally, and it is an industry-leading solution. The partnership with Data61 has enabled the best of both behavioural-based simulation and data analytics paradigms to provide a solution to support the management of one of Sydney’s most complex and dynamic transportation environments.

The Victoria Road DSS pilot has demonstrated the significant benefits of combining these technologies, compared to the more traditional solution of relying exclusively on artificial intelligence, setting a new standard for how agencies manage our complex and highly constrained cities.