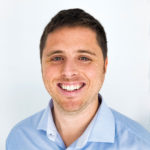 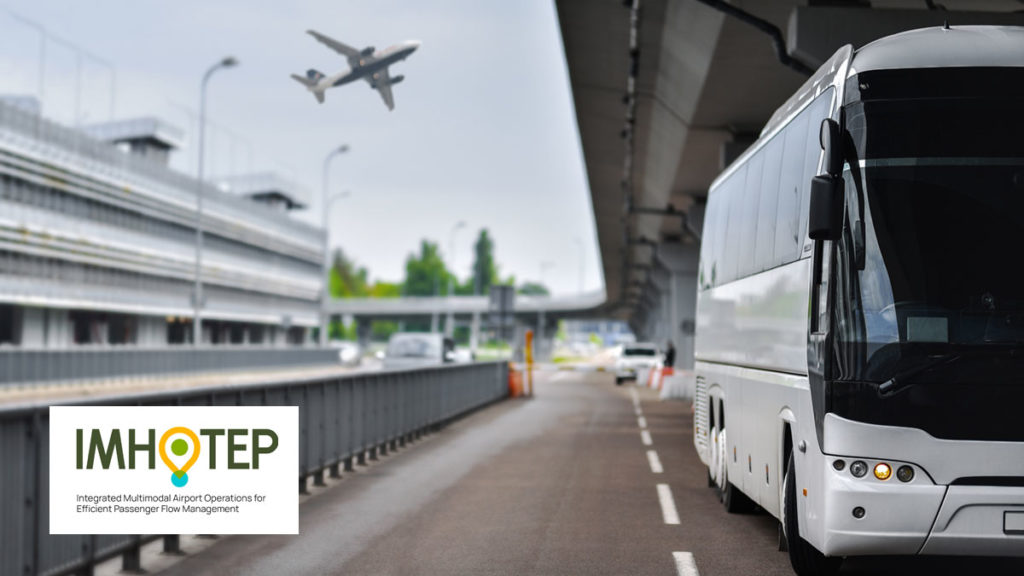 The steady rise in demand for air travel was bought to an abrupt halt by COVID a few years ago. Despite a gradual recovery in demand, it has still not bounced back to pre-pandemic levels. Why should this be? One major reason is the poor customer experience due to lack of personnel and crowded facilities during peak season.

The traditional solution is to expand airport facilities, but we can also make better use of existing resources simply by improving airport management; this is the focus of the IMHOTEP research project, which is funded under SESAR 2020 Exploratory Research. IMHOTEP’s vision is a multimodal European transport system, where the different modes are seamlessly integrated to give passengers a great door-to-door experience. The project team has created a concept of operations and a set of data analysis methods, predictive models and decision support tools that allow information sharing, common situational awareness and real-time collaborative decision-making between airports and ground transport stakeholders.

This translates into implementing a series of methodologies that enable the passenger flow forecast. Three different methodologies sustain this approach:

i) A daily passenger activity diary

The IMHOTEP approach is to first feed the activity diary data into the Aimsun Nextlandside mobility model, which models all the movements between the passenger’s home and the airport terminal entrance; the same results are then fed into the CAST model, which simulates airside passenger flow, that is, how people move once inside the airport until they get to the boarding gate. This covers the whole door-to-gate process. By reversing the approach, we can model the gate-to-door journey.

The IMHOTEP team applied these methodologies at Palma de Mallorca Airport (PMI) in Spain, and London City Airport (LCY) in the UK.

At the core of the project modeling is agent-based modeling, which considers each passenger as an individual agent with the ability to take decisions that will impact their journey. In turn, other agents’ actions will also have an impact. For instance, heavy road congestion might cause many agents to switch from car to train, which will reduce traffic congestion and increase train crowding. Inside the airport, similar problems can happen at the boarding desks, security checks, etc. In short, this methodology enables us to simulate complex decision-making processes within complex systems.

As IMHOTEP simulates the passengers’ flow under different circumstances during the trip, the focus is on disruptive events and how to manage them. This enables us to compare the base case (‘do nothing’) with various management actions (‘do something’).

Management actions need to be defined before being implemented and ranked. They can be split into many different small actions and combined to produce a diversity of management plans. On top of that, we must also accurately model how the agents (passengers) will react to those actions – more on this later.

·      A major motorway disruption (such as an accident) near the airport

Management strategies are applied to assess the impact those strategies have in terms of travel time, missed flights, emissions and other KPIs.

To give more detail let us imagine the first scenario of delayed arriving flights, where several flights arrive later than expected during a peak season late afternoon at Palma de Mallorca Airport. This delay might be due to factors such as: air traffic congestion, harsh weather, or accumulation of delays through the day.

Since the airport is likely to be operating near capacity, the late arrivals will stress the facilities and ground handling, as more passengers than expected will crowd the arrival facilities such as passport controls, baggage reclaim, toilets, restaurants, and shops. These passengers will need to reach their destination, either using their own car, or public transport, taxi, shuttle, or a rental car. It might be the case that the buses don’t have sufficient capacity, so how do the agents react? In the ‘do nothing’ scenario, some passengers might choose to wait, but others might take a taxi instead or hire an Uber. This needs to be modeled according to the passengers’ demands.

Another possibility is that there is a long line waiting for taxis, so passengers might then choose either to wait in line or go and get the bus instead. Beyond the ‘do nothing’ scenario, we then need to model the different management scenarios where stakeholders can anticipate and react to the increased demand, e.g., by increasing the frequency of public transportation and hence the capacity or sending more taxis to the airport in advance.

The example described just considers the consequences for arrivals, but some of those arriving late to get their flights, will depart later in the night, resulting in delays for the departures as well, which again is a situation that will need to be managed.

Disruption can be described qualitatively, just as we did in the last couple of paragraphs. But how do we select the best management strategy? For that we need to put some numbers (KPIs) based on the agent-based simulation results for the terminal and the airport access and egress. That is exactly what we have done at IMHOTEP, and why we need models for both the access and egress and the airports terminals, to be fed with adequate data.

The Aimsun team has developed a new framework to enable agent-based microscopic solutions. This has been developed as an API in Aimsun Next that reads the passengers demand and manages them through the network until they reach their destination, keeping track of their positions in the network and their travel times.

How does simulation analysis improve the passenger experience?

At this point you might well ask, “How does this help passengers enjoy seamless door-to-door air travel?”

Better information for passengers: through simulation, airports and airlines could provide information to the passengers on the estimated departure time from their current location to reach the airport on time based on the current prevailing traffic and public transport conditions. This could be done through the existing mobile phone apps.

Better information for stakeholders: better knowledge of the current system status can improve the decision-making process of the stakeholders, which might include:

·      Public transport operators, who could increase frequency of service when needed

·      Airlines, who might have to delay a specific flight

·      Shops and restaurants, who can reallocate staff as needed