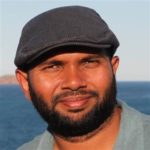 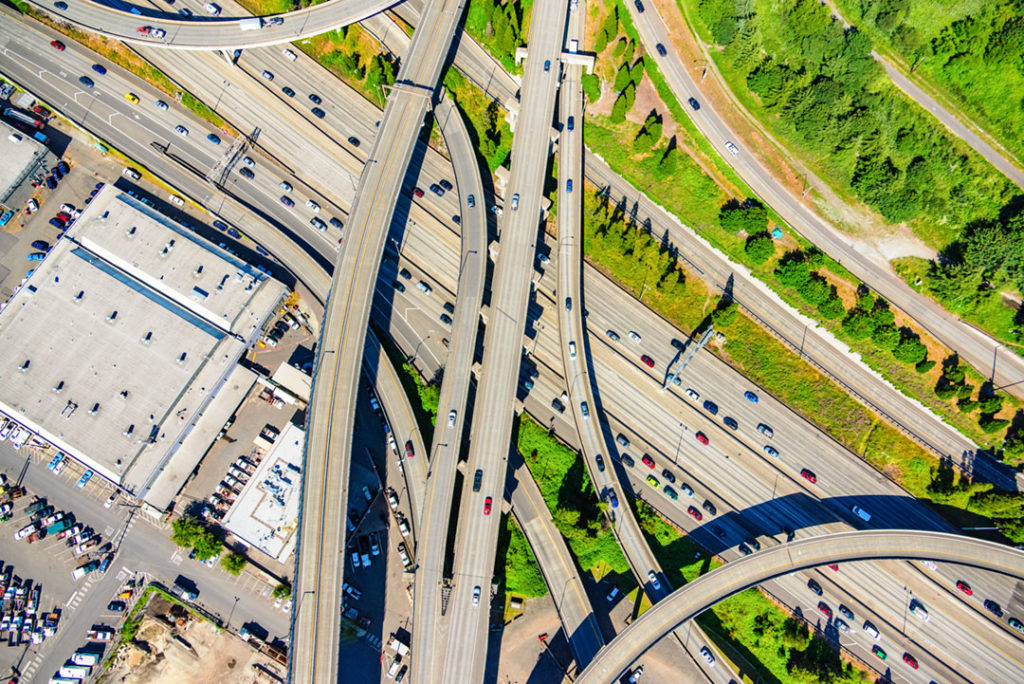 The mesoscopic model in Aimsun Next offers a link and lane-based simulation of individual vehicles with a simplified behavior compared to that used in microsimulation. These simplifications make it good enough to represent the driver interactions in car-following, lane-changing, and gap-acceptance while reducing the computations and thus reducing the runtime compared to its more detailed microscopic counterpart.

The mesoscopic model in Aimsun Next has been proved to produce realistic travel times in urban networks and in most freeway situations. However, when it comes to merging behavior at on-ramps, the lack of cooperative behavior sometimes poses a challenge in calibrating the congestion produced at that type of bottleneck. We have acknowledged the limitation and in Aimsun Next 20 we introduced a specific mesoscopic merging behavior model controlled by two additional parameters: cooperation gap and merging gap. This technical note aims to explain how these parameters can be used to control the merging behavior and to match the observed traffic flow and congestion.

Reproducing the exact congestion at a side lane merging site is always challenging. It depends on the road geometry, and it is highly impacted by driver behavior; for example, in the same situation you can have a vastly different split of congestion between mainline and ramp depending on the degree of cooperation.

The microscopic version of Aimsun Next has several parameters to calibrate side lane merging behavior (e.g., cooperation, aggressiveness, cooperation distance, merging distance, and simultaneous merging options). After a detailed analysis of the real data at various side-lane merging areas, we have designed a new merging model for the mesoscopic simulation. It is controlled by two parameters, cooperation gap and merging gap.

Cooperation gap: It is the headway (in seconds) the mainline vehicles will be forced to have when leaving the section whenever merging vehicles are present on the ramp. This is to facilitate the incorporation of traffic. Thus, a higher degree of cooperation from the mainline traffic can be achieved by increasing the value of this parameter. The default is 0.0 sec and means no cooperation, which is the same as previous versions. Only the vehicles on the first mainline lane adjacent to the side lane will be delayed. When the cooperation gap increases, the merging flow from the side-lane should increase at the expense of more congestion on the adjacent lane on the mainline.

Merging gap: It is the minimum gap that vehicles on the side lane (on-ramp) look for to merge into the mainline. When the merging gap increases the probability of merging flow from the side-lane decreases.

These two parameters can be found in a merging section under the “Dynamic Models” tab as highlighted in Figure 1 below. Both offer additional delays to the vehicle to proceed to the next downstream section. With a trial-and-error approach, these two parameters can effectively help mimic the side-lane merging behavior in any circumstances. As the mesoscopic model does not offer a 2D visualization of individual driver behavior, priority should be given to matching the flow (and speed) on both mainline and side lane road sections.

In the next section, a small-scale sensitivity test has been conducted for the two parameters on a test model.

A simple model of merging behavior is prepared from a network in the Sydney M4 motorway. The test site has historical traffic flow data on the side lane and mainline traffic. Therefore, the model would allow us to check the impact of different parameter values and compare those with the default value and with the observed traffic data. The following options will be tested:

The model with default Aimsun Next merging behavior did not allow the ramp flow to merge freely. Figure 3 below shows that the mainline flow on both upstream and downstream locations matches perfectly. However, the ramp flow is capped at around 1000 veh/hr. The default merging parameters in the mesoscopic model usually gives priority to the mainline traffic which would decrease the merging flow from the ramps as observed in the figure below.

It is evident that the flow on lane 1 (the nearest lane to the ramp, i.e. most impacted lane by merging traffic) has been significantly reduced with a higher cooperation gap. On the contrary, the flow on lane 3 has increased with the increase of the cooperation gap. Therefore, a clear shift in lane use has been observed in this test where a proportion of lane 1 traffic has been moved to the furthest lane from the ramp to avoid the delay caused by the merging traffic. The test result suggests that with the increase of the cooperation gap a shift of traffic from lane 1 (the adjacent lane to the side lane) to other available lanes could occur. When the other lanes do not have the capacity to hold this additional traffic, congestion would occur and propagate upstream.

Calibration to the observed traffic flow

After some trial and error with the merging parameters, a 2s cooperation gap and 0.0s merging gap were found sufficient to match the simulated merging behavior with the observed flow on both ramp and mainline detectors.  It allowed the side-lane vehicles to easily merge with the mainline traffic without reducing the peak of the flow on the upstream detector.

The following figure shows the simulated and observed flow profile on-ramp detectors and the two mainline detectors. With the 2s cooperation gap, the mainline traffic cooperated by creating gaps for the merging movement. As a result, the side lane vehicles were able to merge freely which increased the ramp flow as shown in the figure.

Before calibrating the side lane merging parameters, you must be sure that the demand both on the mainline and on the ramp is correct.

A traffic model contains many merging areas but not all of them require a local calibration. A common value for these parameters should be first set at the road type level. Any local changes should be introduced only where a mismatch with the observed traffic flow is found, or the merging traffic is causing unexpected congestion.

When calibrating a mesoscopic model, you should focus on matching the flow (and speed) of the entire section rather than the values for individual lanes.