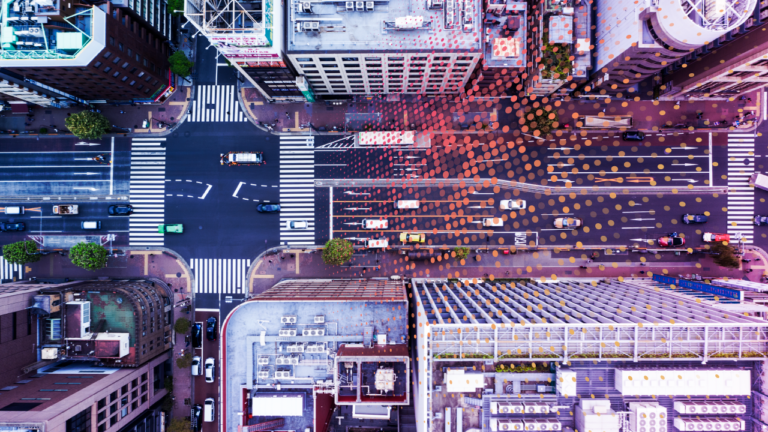 The latest version of Aimsun Next mobility modeling software is all about enhanced performance and computational efficiency. We've focused on streamlining processes and increasing productivity, so you can expect new options that help you minimize memory consumption, faster run times, and new checks for early error detection. 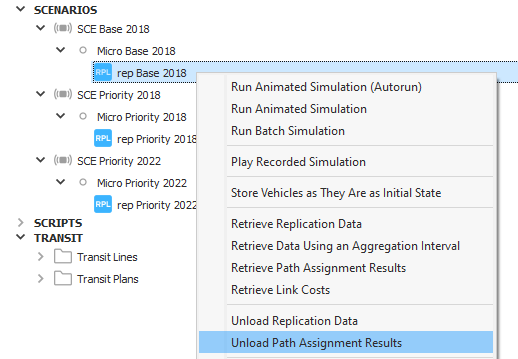 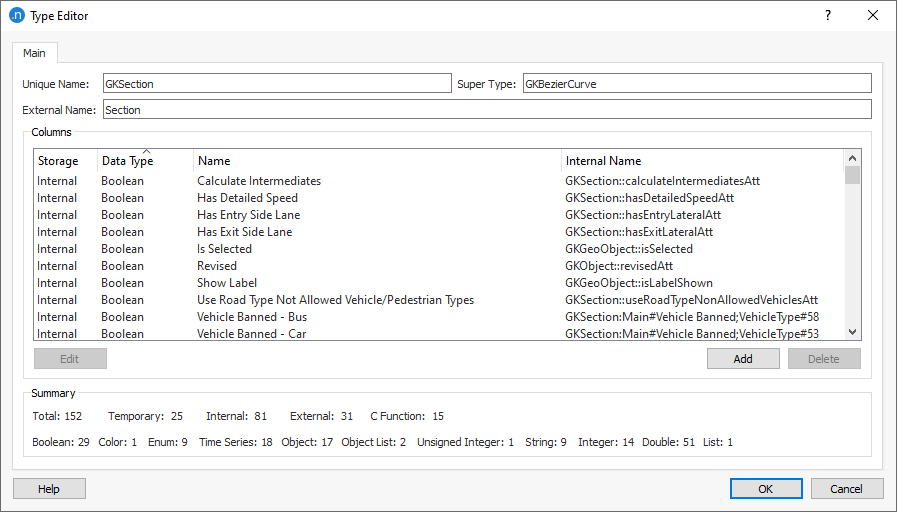 You might find it helpful to select one or both of these options before retrieving data and results from another replication.

A set of checks and constraints for the Static Macro Functions TPF, JDF, and VDF has been implemented.

If any of the following is true, then the affected process will be cancelled and an error message displayed in the Log window.

The class GKFunctionCostContext now includes an iteration field which contains the static assignment iteration at which the function is being evaluated. This parameter might be used when evaluating VDFs, TPFs or JDFs.

The path assignment plan has to cover fully the traffic demand time if this plan wants to be used in the scenario. Empty slots are not allowed.

The generation of the DUELINKDATA is no longer automatic for Dynamic User Equilibrium. To generate this table, you must now add the experiment variable $ENABLE_DUE_CONVERGENCE_DATA and set it to yes. This can be edited in the Variables tab in the experiment. 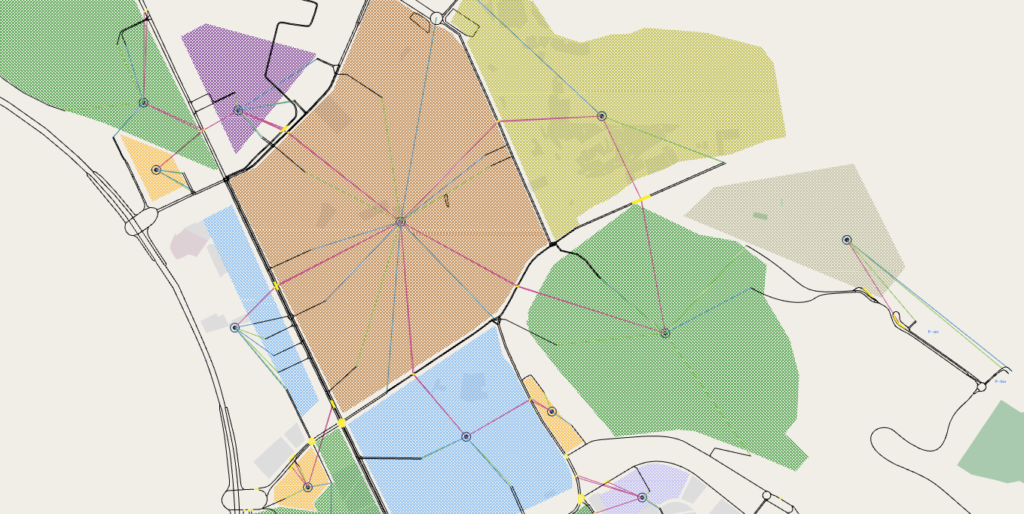 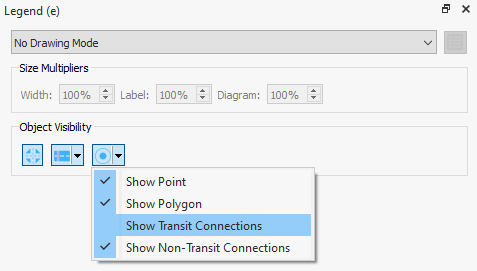 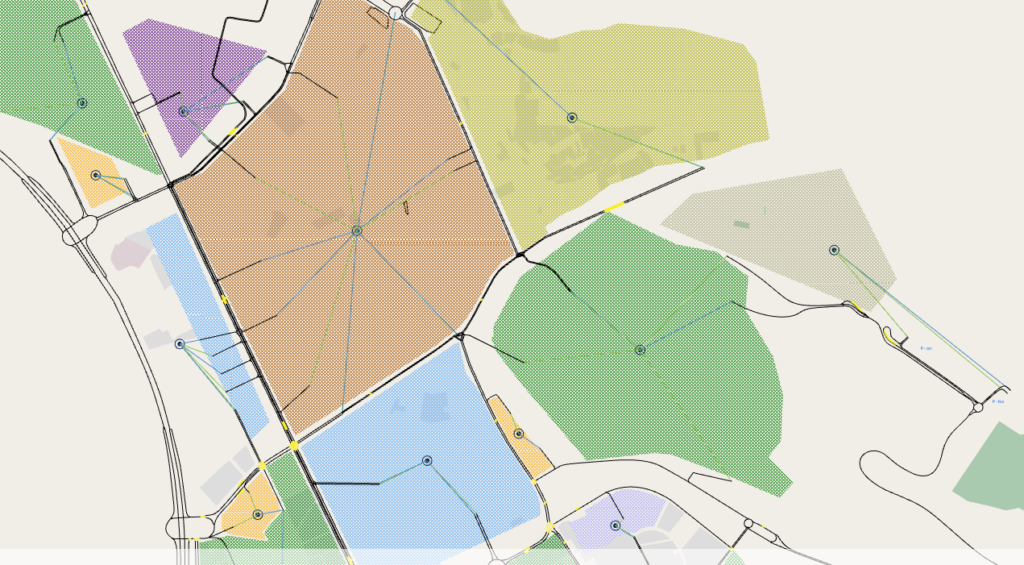 Fixed APA sizes has been significantly reduced by improving the compression of the storage of similar paths.

Paths in APA Macro from/to centroids connected to/from objects inside a GKSuperNode are loaded by reconstructing the interior of the GKSuperNode. That segment of the path cannot be represented in a Static Assignment. And those paths can be loaded in a Dynamic Assignment without errors.

Two demands are created if there was a warmup period set in the Static OD Departure Adjustment Experiment. One for the Adjusted demand and another one for the warm-up demand.

Significant performance improvements in the calculation of Skim Matrices for the Static Assignment.

When centroids that were not part of a polygon were joined, they were discarded when you hit Save. This has now been resolved.

Yellow boxes in certain scenarios were not always taken into account correctly. The following cases have been fixed:

The performance has been improved when using Time-Dependent Shortest Path costs.

Additional checks on the consistency of the Path Assignment Plan have been implemented for all model levels. This includes checking the geometry and time intervals: where the time intervals are inconsistent the simulation is cancelled, and an error displayed in the log; where the geometry is inconsistent, Aimsun Next removes the affected OD pairs from the path assignment. This is recorded in the log. Previously in these circumstances, the path assignment would be discarded, and the simulation would continue without it, which could cause inconsistencies between versions.

External centroids are now included when using an “Aggregate Mode”. Those centroids were erroneously discarded in previous versions.

The maximum number of threads used is now limited by the license type and command line argument “force_th”.

Several bugs have been fixed for Script Boxes making them now functional, including the option of using output prediction consistently.

Now, when loading APAs from Macro from/to centroids connected, the concurrent parts are limited to use the maximum number of threads, now limited by the license type and command line argument “force_th”.

When the exit condition of the Dynamic Adjustment is by maximum iterations, the results are now consistent with the final demand.

LISA+ controllers are now starting the communication as expected when launching a simulation.