TfL to convert and rebase London ONE model into Aimsun Next 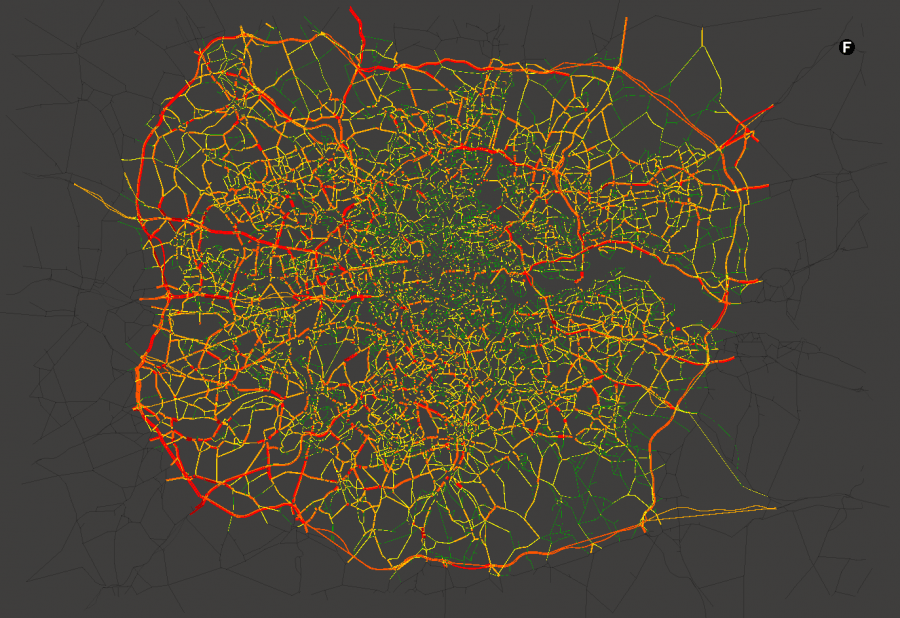 Aimsun has a long working history with TfL, and its software is already licensed to TfL through the city’s Strategic Modelling Framework and the Operational Modelling Frameworks, which were put in place back in 2015 and recently extended to 2020.

The idea behind this current project is not only to consolidate existing models into an integrated, multi-level platform for modelling the city’s transport — with all the efficiency, consistency and cost reduction that this implies — but also to update the model and enrich simulation knowledge. Integrating modelling levels and introducing a new dynamic layer of simulation at a city-wide level will allow TfL to take a more efficient, coordinated approach to scheme evaluation, road works and traffic management.

Gav Jackman, Managing Director of Aimsun Ltd, said: “London is the only megacity in Europe, so the fact that Aimsun Next has been chosen for this project is very significant for us. We are excited to collaborate with the TfL Modelling teams to deliver the next level of modelling tools for the UK’s capital. We expect the delivered model and tools to bring major improvements in efficiency and process to TfL for many years to come.”

TfL’s current London Operational Network Evaluation (ONE) Model has been calibrated and validated to 2014/5 data. However, since then, TfL has undertaken numerous local-area calibration exercises to upgrade sections of the model on a scheme-by-scheme basis. Given the incredible scale and pace of change on London’s road network in recent years, TfL now needs to update not only the Base model but also its entire modelling approach, hence the decision to move from a static model to a large-scale dynamic model.

Aimsun will uniquely collaborate with both the TfL Strategic and Surface Modelling teams, to deliver an integrated, large-scale, static (macroscopic) and dynamic (mesoscopic) model that covers the whole of Greater London out to the M25 perimeter. Tony Dichev (Lead Transport Modeller) and Irfan Shaffi (Operational Control Manager) from TfL Network Management Directorate are the key contacts from the TfL side.

The team will calibrate and validate the new ONE model to 2017/2018 base year according to industry best practice and standards, to represent all network and ITS changes that have occurred since the previous model was built in 2014-5. Updates will include 1,500 annual signal timing reviews, inclusion of all the current Cycleways, the Low Emission Zone, the brand new Ultra Low Emission Zone (introduced in April 2019) and demand data from the EDMOND project (Estimating Demand from Mobile Network Data). The new ONE model will also be able to analyse existing and future tolls such as Dartford/Silvertown, and even explore the possibility of including personal hire vehicles (PHVs).

To help meet clean air targets, in 2017, Aimsun and TfL jointly financed James Tate from ITS Leeds to integrate the LEM (London Emissions Model) into Aimsun Next. This development has enabled average emissions estimates to be created within the mesoscopic model’s functionality.

The road to true integration – the role of meso

The Aimsun Next dynamic mesoscopic model will be one of the largest and most complex in existence, covering the whole of London out to the M-25 perimeter; the detailed dynamic model of the road network will enable operational scheme assessments, with skeleton links for the rest of UK.

The mesoscopic model will be capable of assessing not only scheme impacts, but also road works and traffic management in Greater London and it will also align seamlessly with the strategic model used for long-term assessment and demand modelling. The aspiration is for the new model to also integrate with TfL’s strategic demand model (MoTiON), which requires generalised costs from highway, public transport, and cycle models.

Limitations of the existing model

The existing ONE Model has severe limitations, in that it is a static model and not dynamic. This means that it cannot take into account the evolution of demand (peaks) and supply (signals, infrastructure) over the course of the time period under study, nor is it able to represent individual generation of vehicles and detailed interactions between agents – it is limited by static capacity constraints and queue propagation calculations.

The way scheme evaluation currently works is that the 2014 Base ONE Model is calibrated at a local-area level on a scheme-by-scheme basis, to ensure modelled flows match recent survey data; from then, future scheme variations are tested, with flow and routing information extracted from static model cordons for input into a separate dynamic microsimulation product for more detailed assessment of scheme proposals.

In contrast, an integrated model means easy and consistent transitions from static to dynamic assignments making it suitable for new mobility schemes and much faster and more economic to run. It currently takes the TfL modelling team around 6 months to evaluate a major scheme using the current process, a timeframe that will hopefully reduce dramatically.

Once the traffic demand is updated, the team will start the final process of model calibration and validation. The project is due to complete in spring 2020.

Aimsun is working hand-in-hand with the TfL modelling teams updating a number of scripts, utilities and processes to fulfil the aim of a core staff of self-sustaining expert modellers able to run and use the model. The idea is that they train others from the modelling teams on completion of the project and for onward use of the model.

The model will be able to withstand realism testing and provide a realistic response to traffic-related interventions across all motorised modes including cars, taxis, LGVs, HGVs, and buses. The model should be capable of assessing schemes, interventions and short-term disruptions, providing an accurate response to changes in traffic conditions, now and further into the future.