The project is part of the redevelopment program of the Seven Squares of the City of Paris. These squares are: Bastille, Fêtes, Gambetta, Italie, Madeleine, Nation and Panthéon. For Nation, the aim was to study the effects of different layouts, including the final plan chosen which was to expand the green central area of Place de la Nation and increase the pedestrianized area by 50%, while restricting traffic to four lanes around the perimeter. Particular attention was to be paid to the positioning of pedestrian crossings, bearing in mind safety and disruptions to traffic flow.

The project was located on the Place de la Nation, on the border of the 11th and 12th arrondissements of Paris city.

From recent input data, the Aimsun team reconstructed a microscopic model of the initial situation recreating real traffic conditions. The peculiarity of this very large square concerns the interaction between cars and pedestrians on multiple crossings, which can sometimes create difficult traffic conditions. Field analysis and the use of available pedestrian count data allowed an accurate recreation of the pathways in and around the square.

Thanks to this microscopic model that takes into account the interactions between the different types of users on the square, la Mairie de Paris was able to confirm the layout that it wanted to build and launch the work based on the findings of the traffic studies.

The availability of high quality pedestrian data made it possible to create a very accurate model, which enabled close evaluation of traffic conditions. 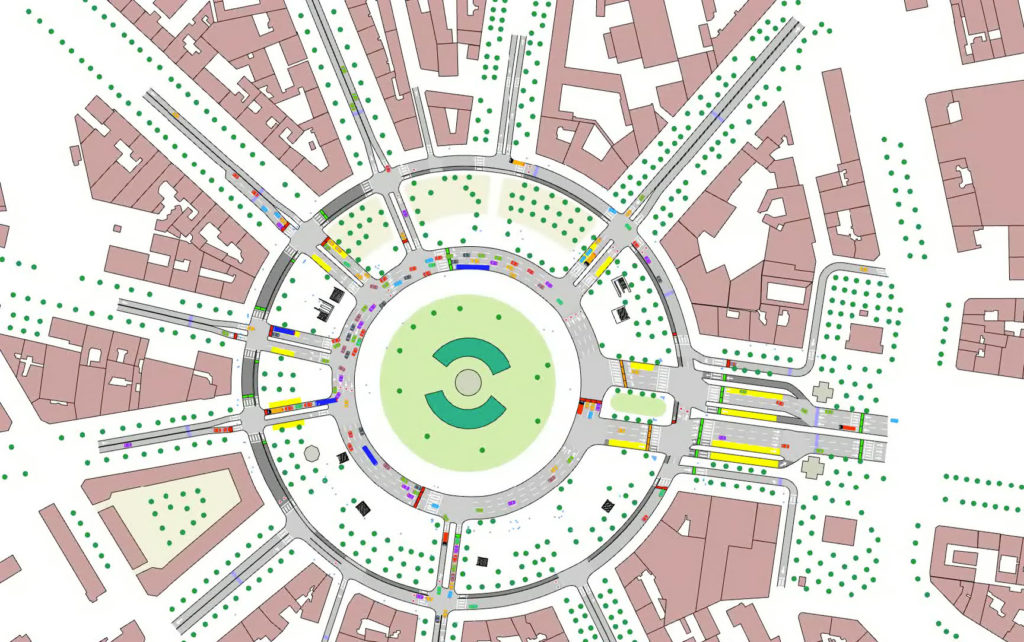 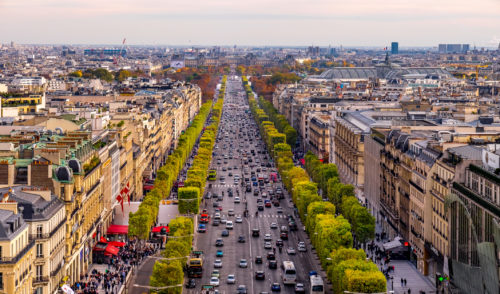 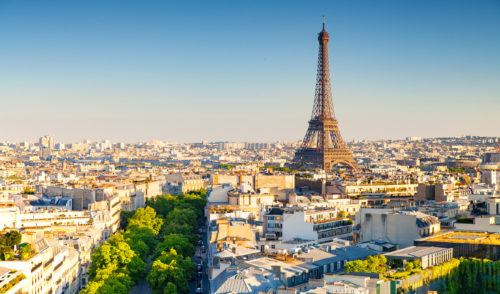