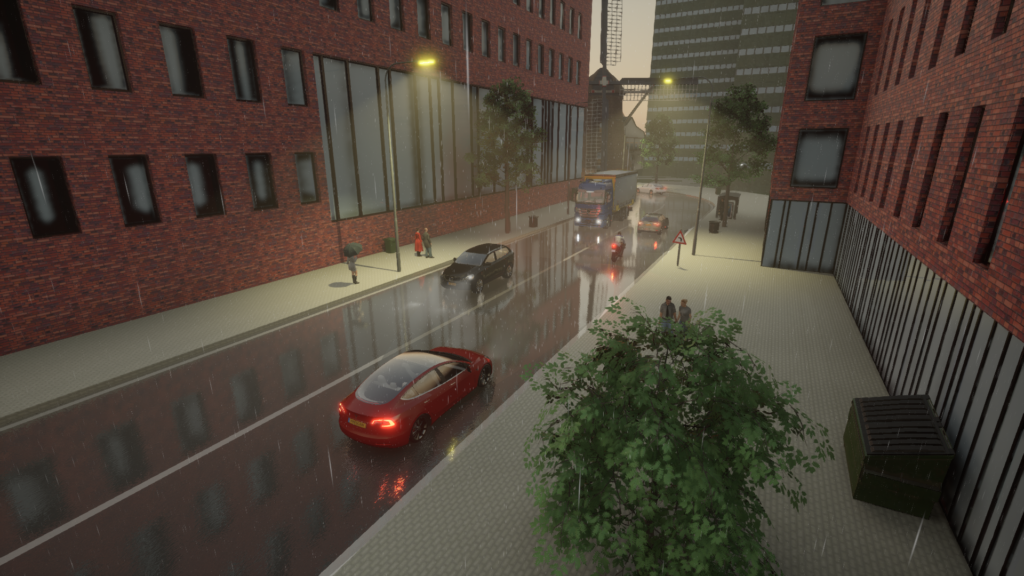 Siemens announces the release of Simcenter Prescan 2020.4, the physics-based simulation platform for testing and development of automated vehicles. This release introduces improvements of the Unreal physics-based camera (PBC), upgraded FMI integration, a new parking garage model, as well as many other important improvements that will help users improve the quality of ADAS/AV simulations.

Simcenter Prescan Unreal physics-based camera now is capable of outputting images directly into RGB (instead of a Color Filter Array). This is useful for all users that do not want to apply their own ISP to convert images from raw data into an RGB image. The new RGB output also supports Fisheye configurations.

Simcenter Prescan introduces three new models in this release. An Audi A3 and Volvo XC60 vehicle models as well as a new multi-level parking garage model that will be useful for users working on self-parking applications.

Simcenter Prescan now ships with a new FMI in the useful blocks library. After following the instructions to install the FMI Kit, users can start using this block, compliant with FMI 2.0. It is now easier than ever to import and use FMI 1.0 and 2.0 in Simcenter Prescan with Simulink, having full control and overview over parameters, inputs and outputs.

OpenDRIVE support is extended with the import of barrier and guardrail objects. Furthermore, this release also supports lane height values, resulting in lanes with a specified lane offset from the default road surface.

You can now test automate experiments deployed in NI’s Realtime machines by connecting the Data Model API to NI’s own Veristand frontend. By doing this the main parameters of the vehicles, their trajectories and even their sensors parameters can be varied in between runs.

Use the Aimsun plugin on Linux systems

The Aimsun plugin is widely used to simulate smart traffic via co-simulation. In this release we’ve made sure that you can perform those simulations on Linux systems as well. Furthermore, it is now possible to synchronize indicator light signals from Simcenter Prescan to Aimsun Next, resulting in more realistic traffic behavior.

With this new release, you can specify the lane height for roads created via DMAPI. This results in lanes with a constant offset from the default road surface, or a constant slope. Furthermore, you can add guardrails to the DMAPI created roads, improving the realism of scripted world creation in Prescan.