The Department of Transport and Main Roads Queensland (TMR) has commissioned leading transport consultancy, GTA Consultants, to develop the Brisbane Mesoscopic Aimsun Model (BMAM) in collaboration with the Transport Analysis unit of TMR. The aim is to manage the increasing operational complexities of the transport network in the Greater Brisbane Metropolitan area.

The BMAM will link the current Brisbane Transport Demand (BNE) Model to the inner Brisbane Area, where the wider network acts as a buffer to support the traffic analysis in the core mesoscopic model. The BMAM would adopt the vehicle matrix directly from the BNE Model for peak hours, and thus provides a consistent base for detailed traffic analysis.

The department that deals with the more dynamic day-to-day traffic operations such as road closures/intersection upgrades/ roadworks, and corridor studies—needs a modelling tool that is capable of solving traffic issues consistently across the wider road network as well as investigating the details of any issues identified. The proposed BMAM would enable a consistent platform to evaluate traffic issues and projects.

The BMAM is expected to increase cost efficiency and legacy benefits by not only providing a platform to build project specific models but also bringing past project modelling work back in to the repository of the BMAM.

Moreover, the versatility of the Aimsun integrated platform would allow more refined analysis at the microscopic level for specific areas, corridors and/or intersections of interest within BMAM if required. 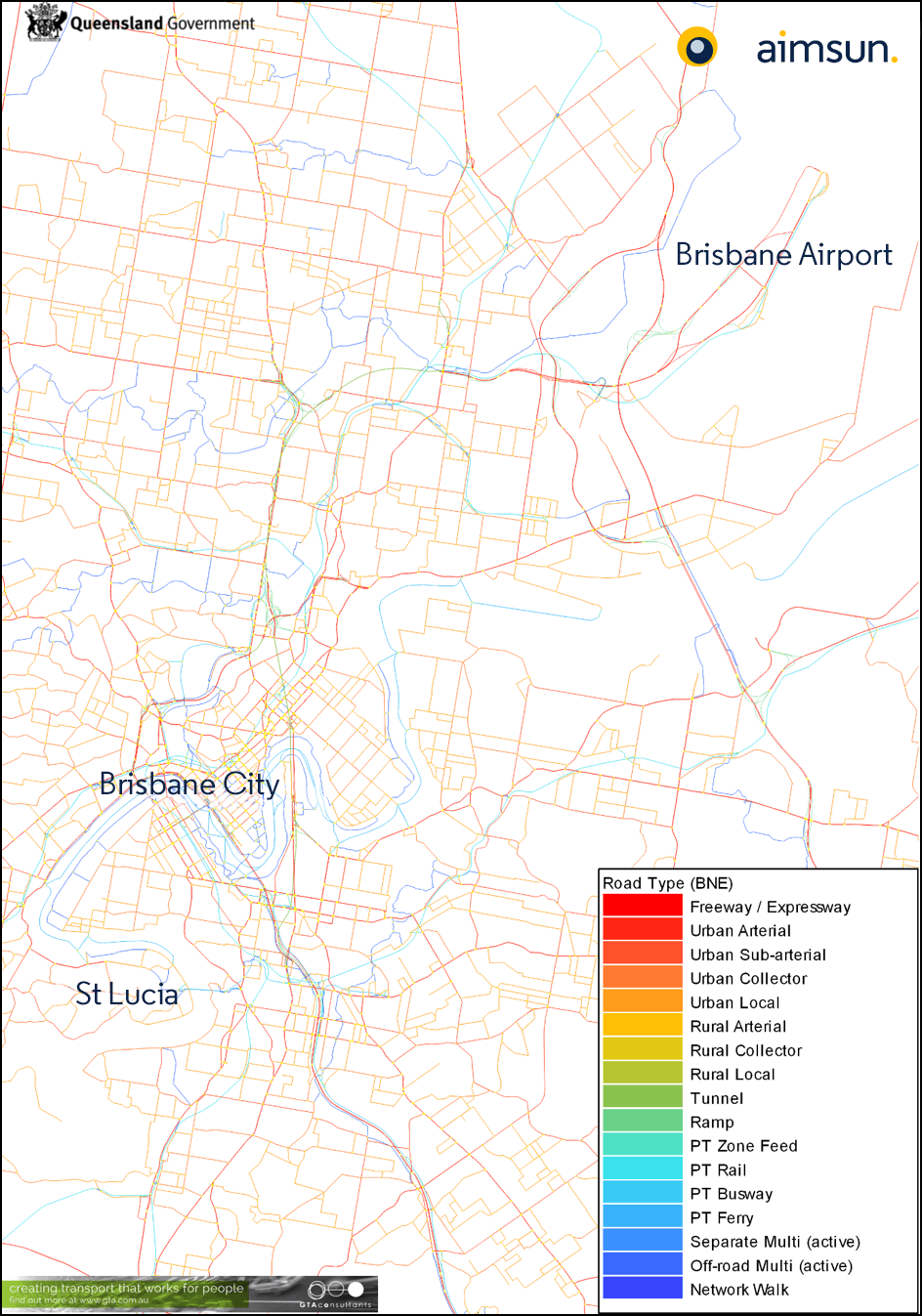