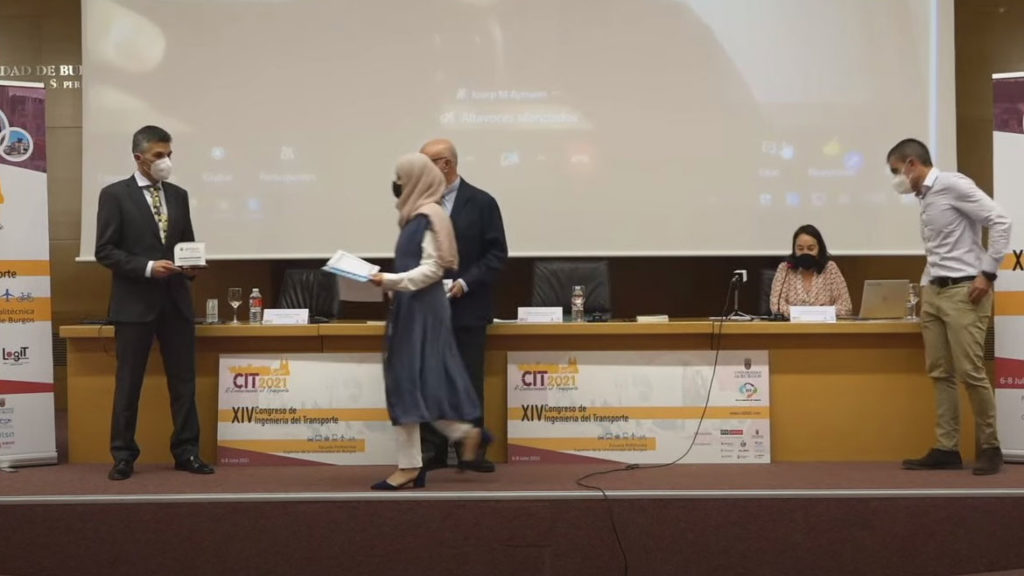 The paper “Quantifying the Safety Impact of Connected and Autonomous Vehicles on Motorways: A Simulation-Based Study” has received the Aimsun award at CIT2021 for the best paper on “Modeling and Simulation of Transportation Systems, Services and New Technologies”.

This project will investigate the impact on road safety of the progressive penetration of autonomous vehicles during the transition period, when manual driving and different levels of autonomous driving interact. Previous research has only considered the interaction between manual driving and a complete level of autonomous driving. For that purpose, the micro-simulation of traffic and the analysis of conflicts will be used in a real section of a motorway and under different scenarios of penetration of the autonomous vehicle.

The project also studies social acceptance of autonomous vehicles under the technological acceptance model (not used previously in the Spanish context in relation to autonomous vehicles), and exploring new external factors such as Ecological values, Technophilia and Social influence, that will help to better explain this phenomenon.

Go to the paper