How to model cyclists in Aimsun Next

In Aimsun Next you can now add non-lane-based vehicles such as bikes to your model. In this technical note, we will explore how to create cyclists in your model and look at a few possible scenarios.

Before the latest release, the only way to represent bikes was to create a new vehicle type which was bike-sized. However these vehicles would not exhibit bespoke “cyclist behavior” but would behave like a car, i.e., they were restricted to their lane, so we wouldn’t see the effect of cyclists bunching at traffic lights or being overtaken on a single carriageway. Now, in the new release of Aimsun Next 20, we can model “non-lane based-behavior” and better represent how cyclists and motorbike riders behave.

It is important to note that the non-lane-based behavior model for cyclists is intended for city-wide microscopic simulation, focusing on the impact of cyclists over an area, rather than representing realistic trajectories for individual vehicles.

Bikes as a Vehicle Type

With a bike lane 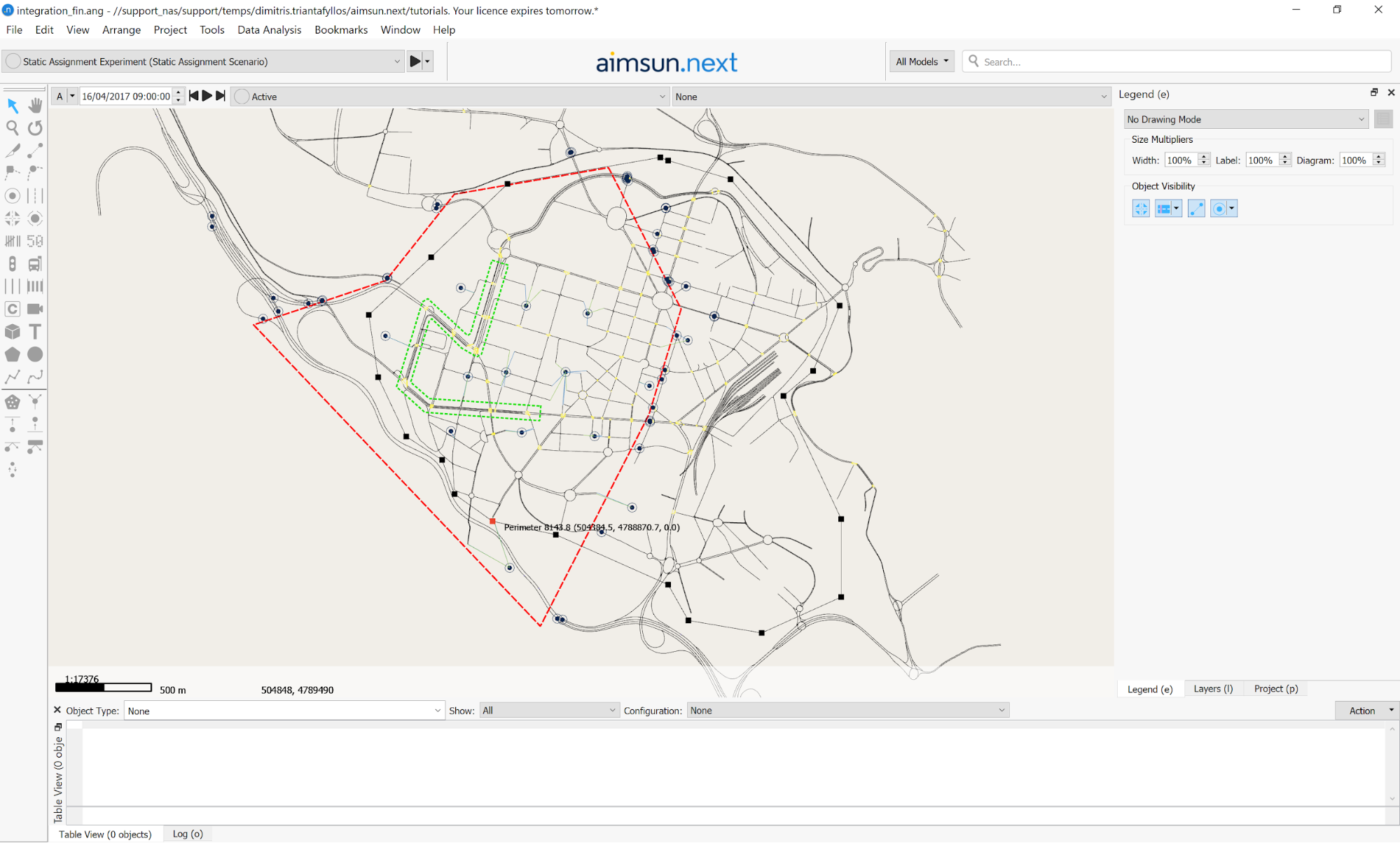 With a separate section

How to allow non-lane-based behavior

Each of these objects must have the model enabled in order for it to be used in the simulation:

This means that you can limit the non-lane-based behavior to a subset of the traffic and for a certain area of your model. 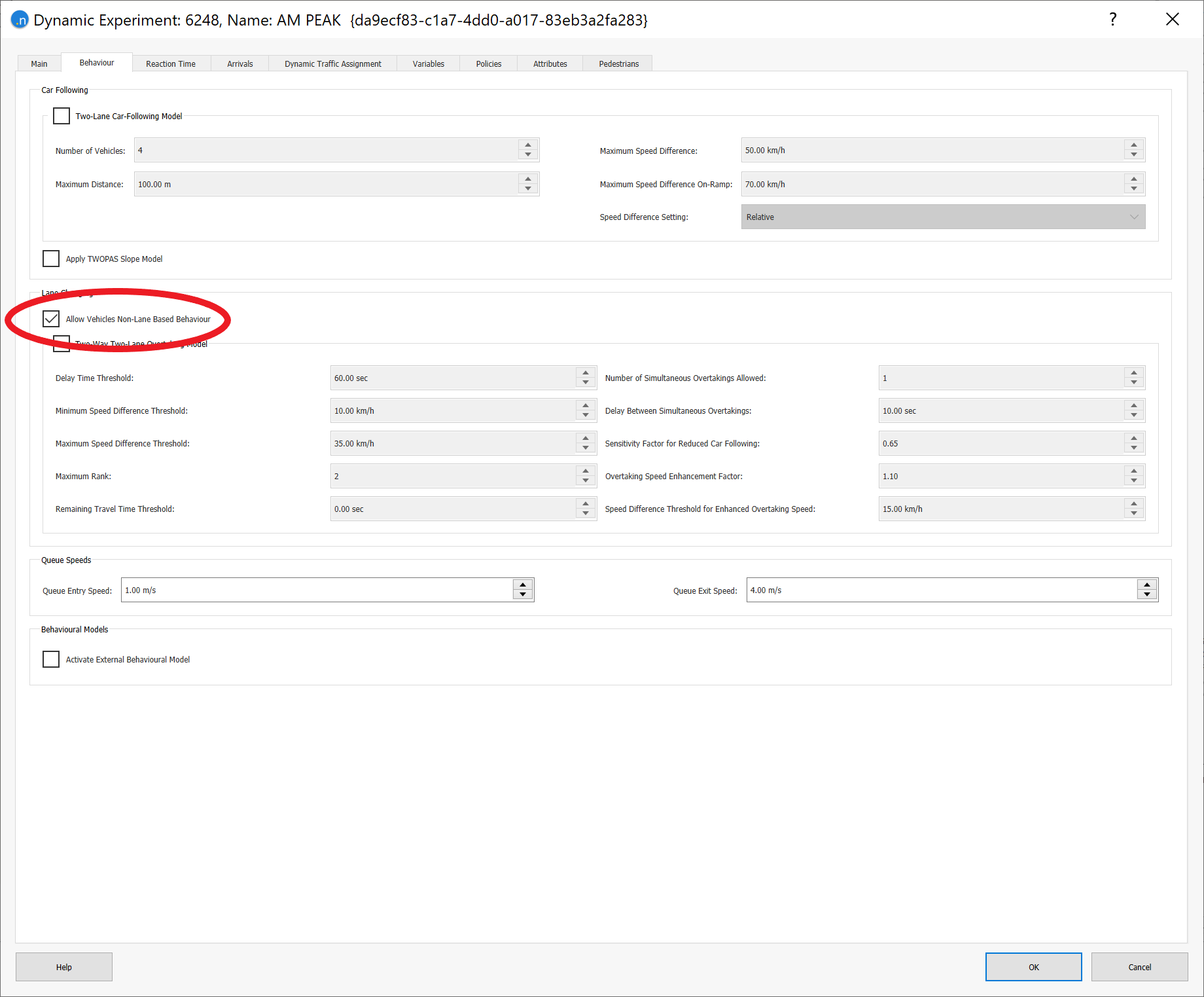 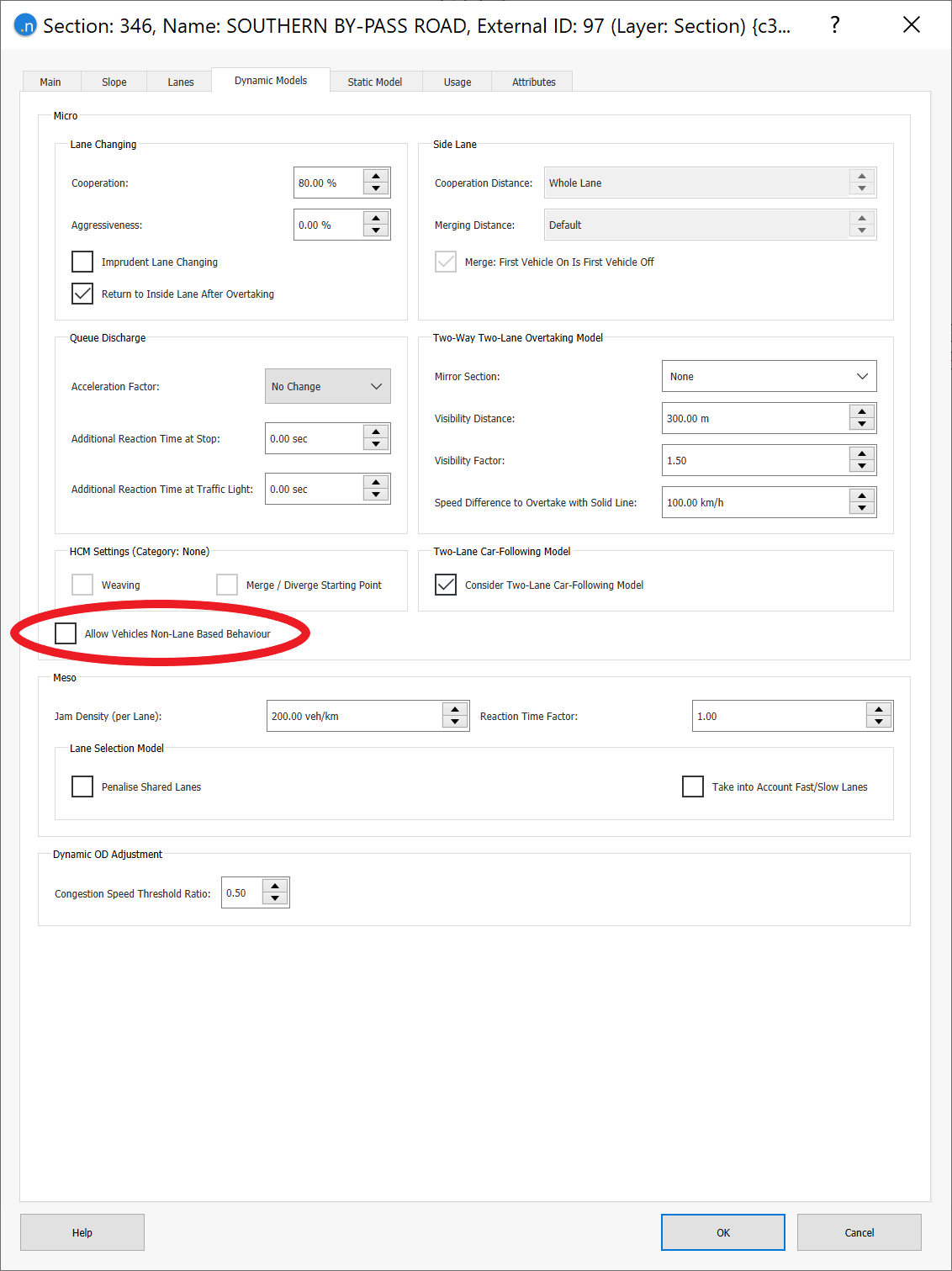 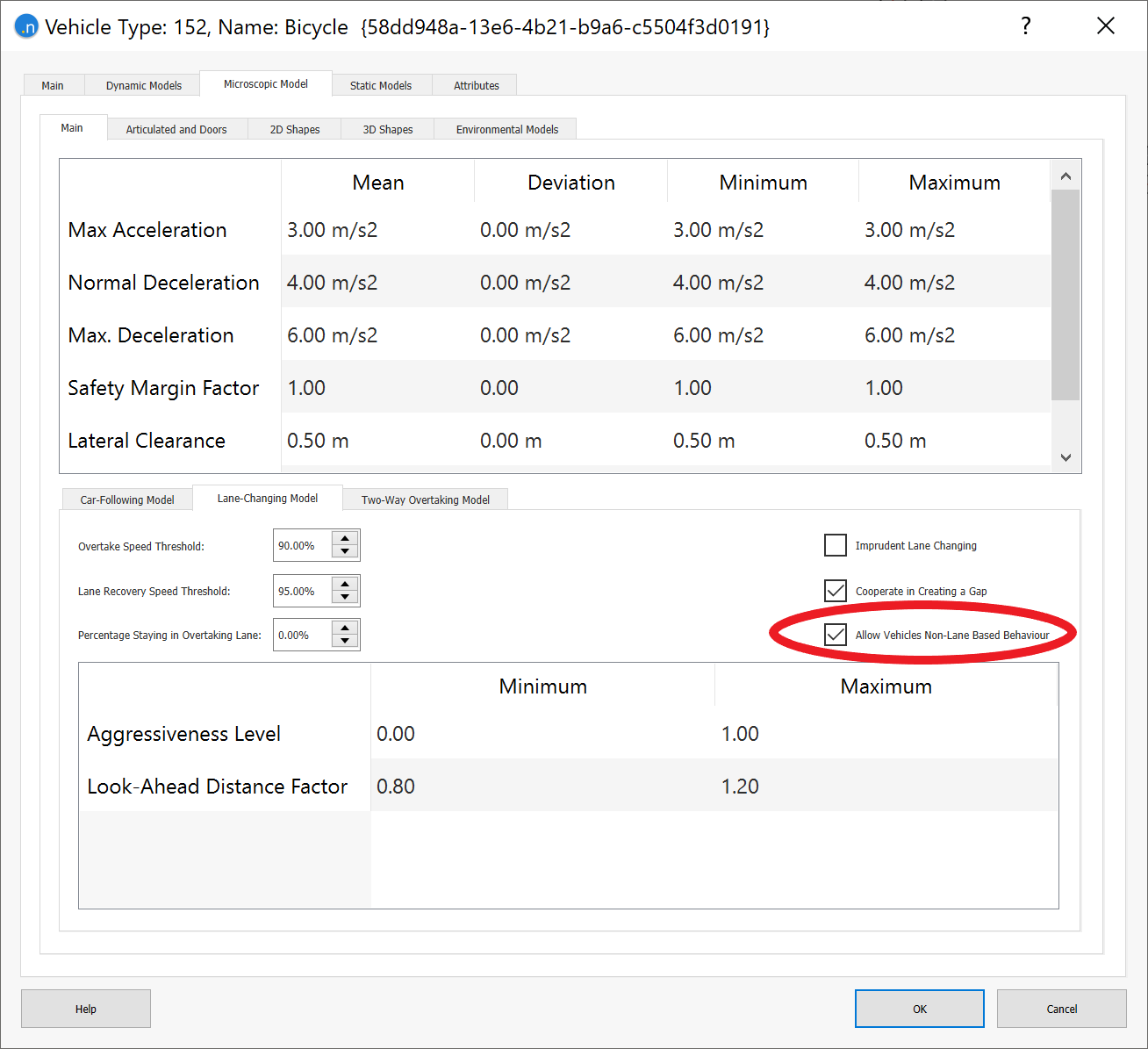 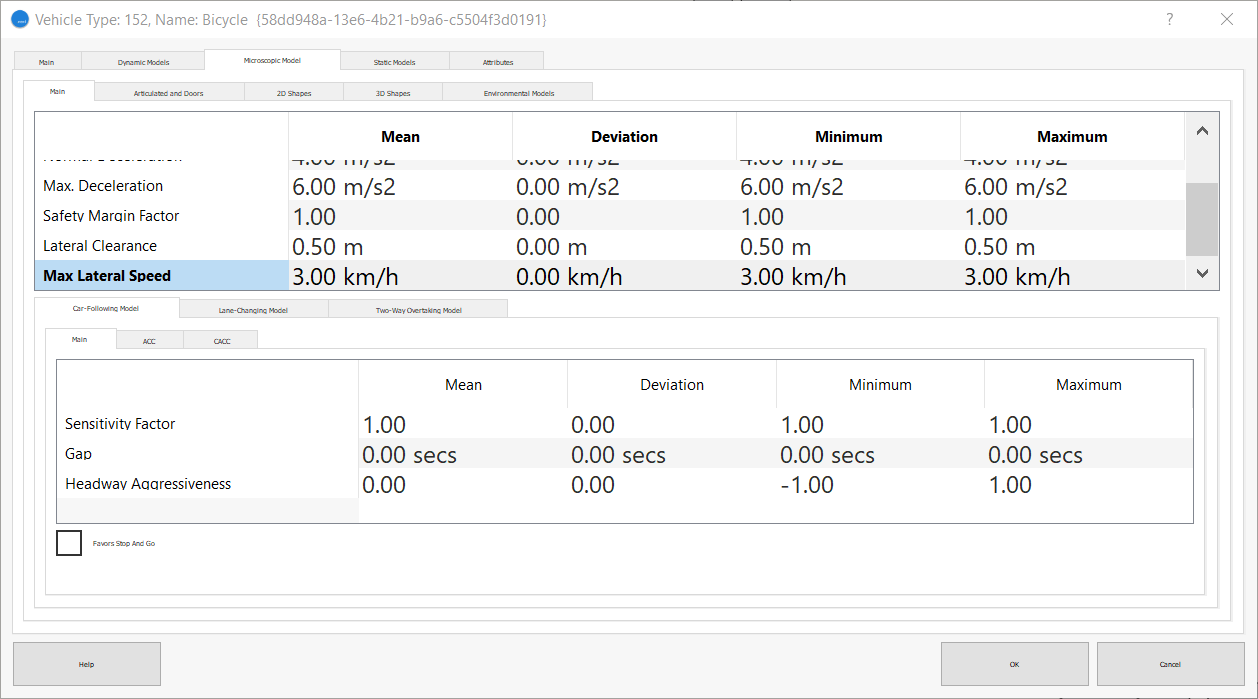 Activating the non-lane-based behavior of the network (experiment and section activation as explained above) activates the lateral perception of all vehicles present on that section. This will make the widths of vehicles and lanes effective parameters of the simulation, so you will need to review these before proceeding!

It’s also a good idea to add a new vehicle class called Cyclists to use in traffic management, signal control and lane types. 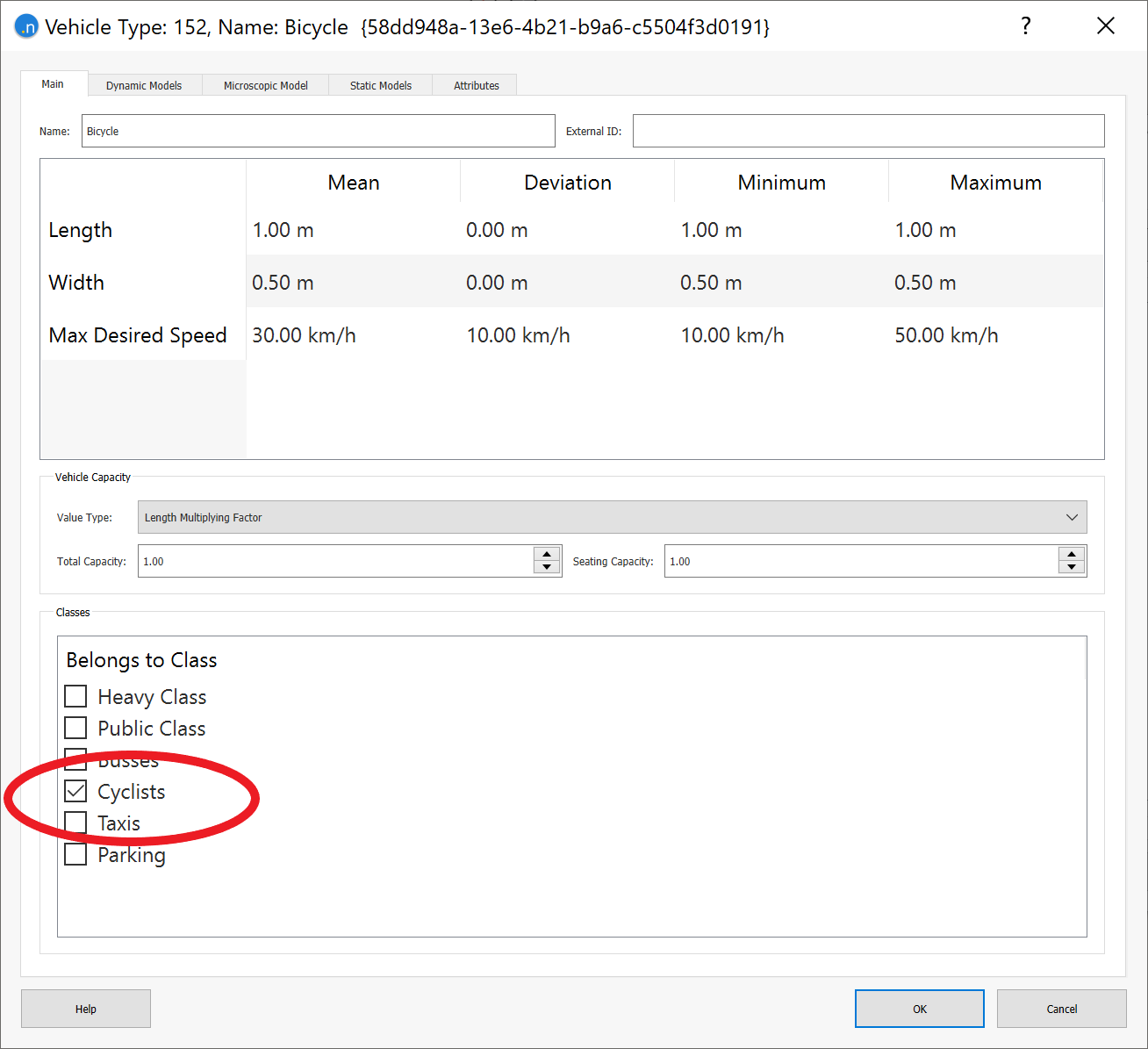 You may want to change the Overtake Speed threshold; this is a percentage of the vehicle’s desired speed, below which it will consider making a lateral movement to overtake. By default this is set to 90%, but you can lower it to make cyclists behave more cautiously. 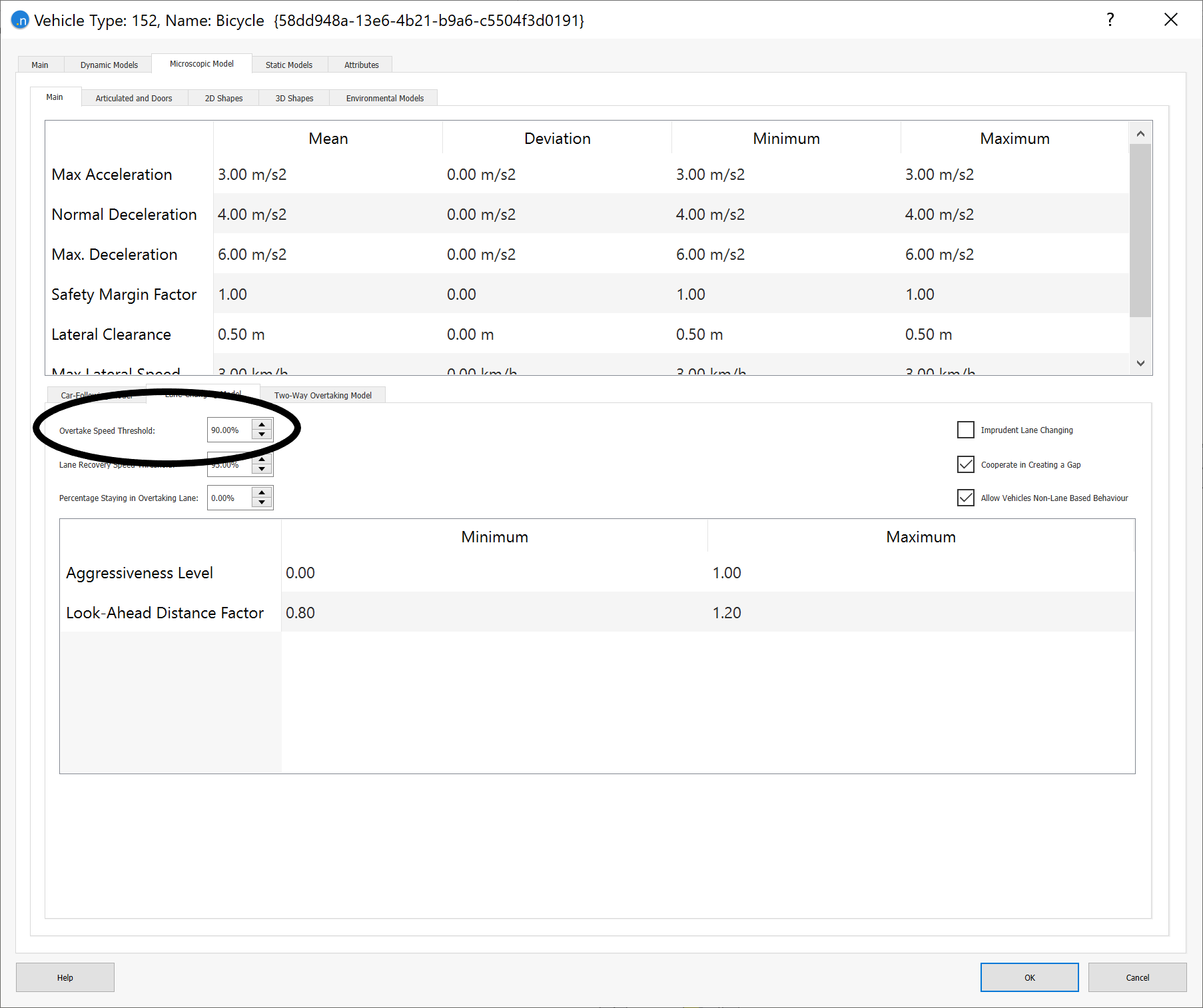 How to add a bike box 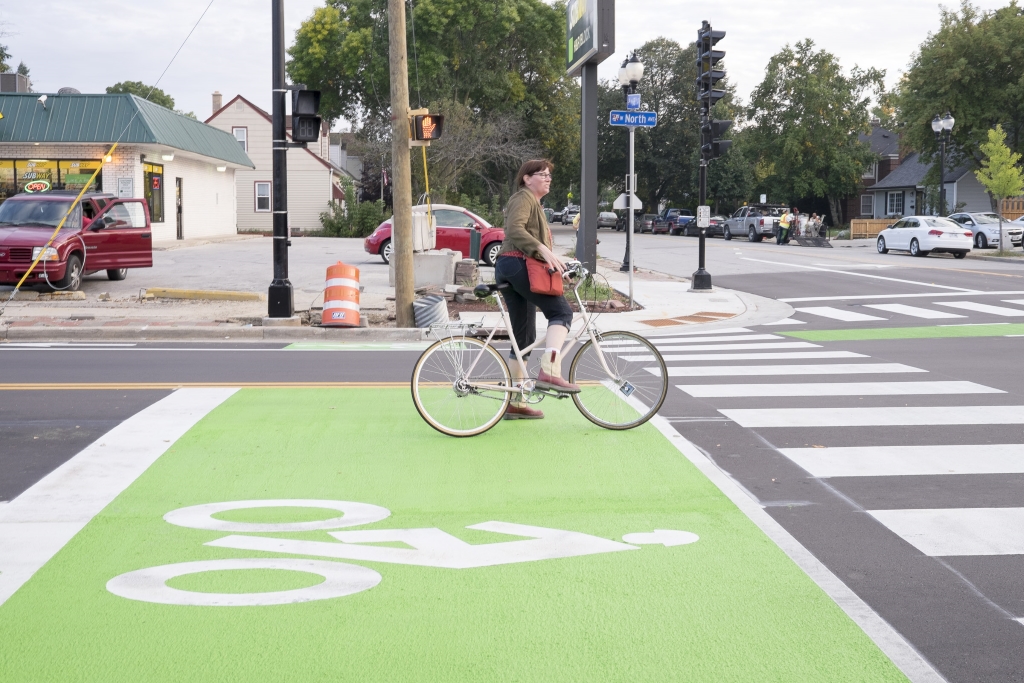 A bike box also known as an advanced stop line for bicycles.

It is possible to add a bike box at a signal by using signal control groups restricted to certain vehicle classes. 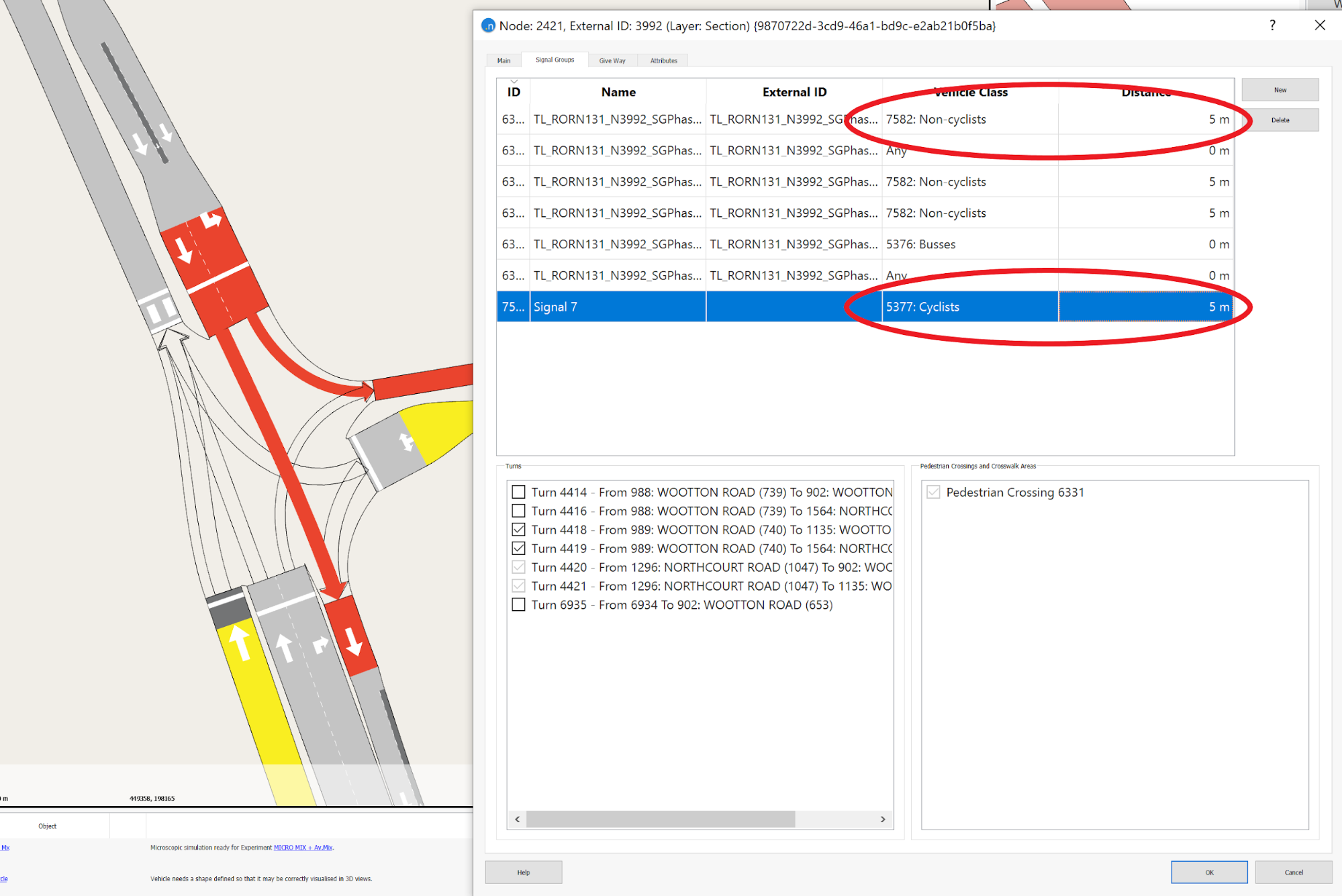 How to create a one-way road with two-way cyclists? 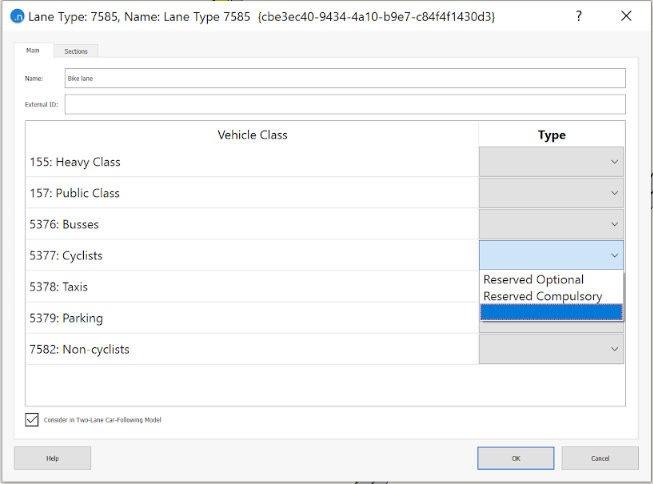 It is not possible to use the Two-Way-Two-Lane Overtaking model with non-lane-based behavior – you need to use cycle lanes.

To create a bike-only lane, create a new lane type and call it “Bike Lane”. You can choose whether cyclists must use the cycle lane (reserved compulsory) or if it is optional (reserved optional).