DTA: Speed up your DUE convergence

Click to enlarge: Set the predefined paths in Outputs to Generate of the static assignment experiment

In order to use these paths, you’ll need to set the path assignment in the scenario editor: 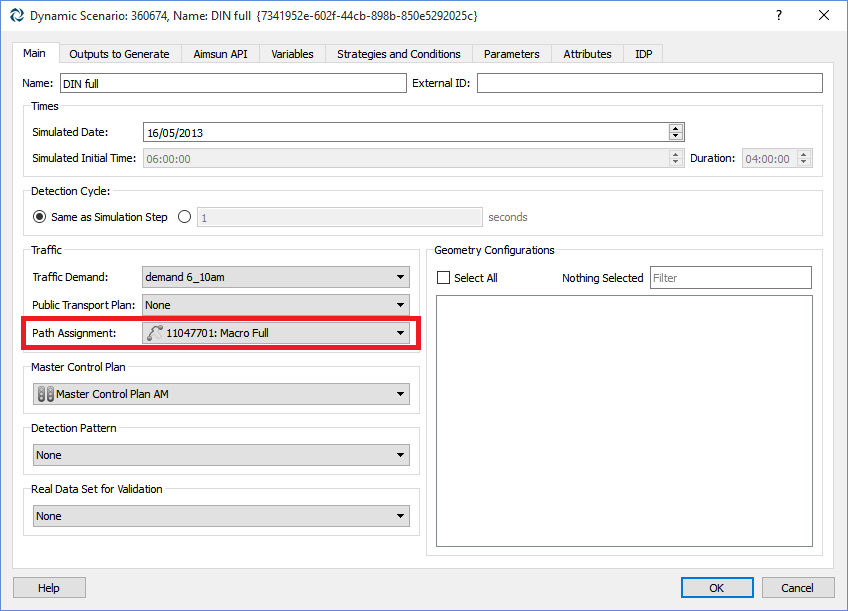 Click to enlarge: Set the path assignment in the scenario editor

And then select the number of paths that you need to use to start the DUE simulation in the Dynamic Traffic Assignment tab inside the dynamic experiment. 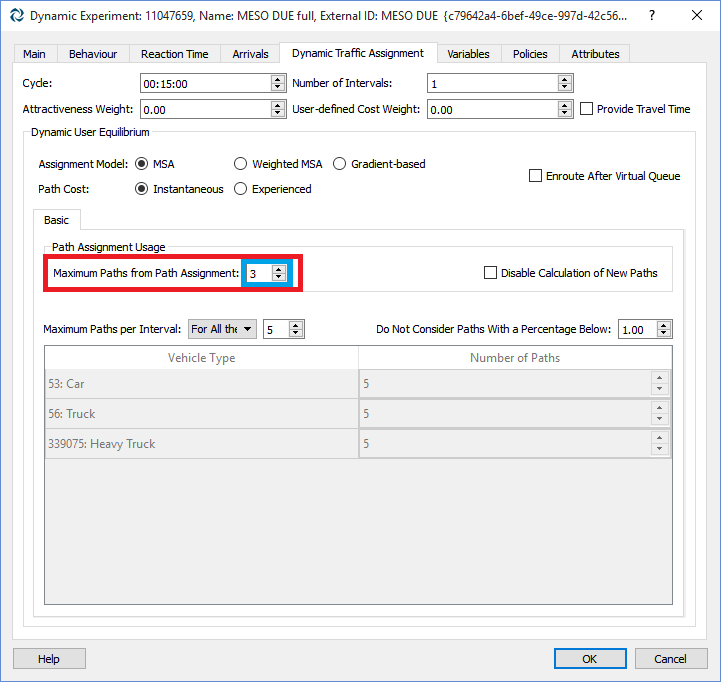 Click to enlarge: Select the number of paths that you need to use to start the DUE simulation

In order to improve the total simulation time, select the same number of paths as you defined in the static experiment subset argument and the maximum paths from the path assignment (3 paths in this example).

If you select the full static assignment paths every time that you run the DUE, there is a pre-process of selecting the best 3 paths for each O/D pair and rescaling the paths’ proportions. This process when the path assignment file is huge can greatly increase the computation time that Aimsun needs to initialise the DUE simulation. So the recommendation is to use always the subset in order to speed up the initialization time.

The result? Using a network with the following properties: 74,800 sections, 26,400 intersections and 856 centroids, Aimsun only takes half as long to start a simulation when using a subset instead of the full path assignment result file.