Stop Lines: how to precisely control their position in a microscopic simulation

By Mauricio Castro and Gabriel Funes

When a turn has conflicts with other movements at an intersection, by default the vehicles that have to yield to traffic in any of the conflict areas along the turn will stop at the end of the inbound section. However, in microscopic simulations, you can control precisely where the vehicles should stop.

Pushing back a stop position

You can also set different stop line positions for different lanes. Open the section editor, go to the Lanes tab, choose Stop Lines, and define the distance for each lane: 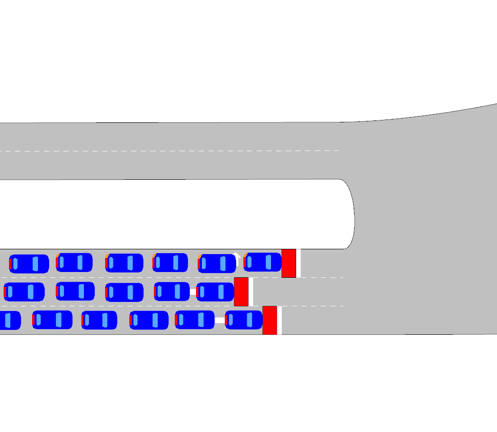 Setting a stop position inside the intersection along the turn

If you want to set a stop position inside the intersection along the turn, you can create a stop line on the turn. This is particularly important when the turn has a long segment between the end of the section and the first conflict area, for example if the intersection is wide and there is a median strip between the two directions, because it creates a storage space inside the node, even if it is a yellow box, that significantly increases the throughput of the turning movement.

To position the stop lines on a turn, use the Turn context menu or the node editor. You can also add a buffer or stop area that indicates the space available for the vehicles to be located; if there is no buffer, the storage space is from the line to the end of the section.

(Left) Without buffer. (Right) With buffer

You can add as many stop lines in a node as needed. Each stop line sets the location where vehicles that have to yield stop if there are conflicting vehicles approaching all conflicts between this stop line and the next stop line, or the end of the turn if this is the last stop line.

If you put a stop line before conflict 2, this stop line marks the stopping point if the vehicle has to give way to a vehicle at conflict 2; for conflict 1, the vehicle will stop at the end of the section.

The vehicles give way or stop at the end of the section.

With Stop Line – Without buffer

Vehicles enter the node and stop at the point indicated by the stop line.

With Stop Line – With buffer

The vehicles only enter until the buffer area is full. The rest of the vehicles wait for a free space at the end of the section. 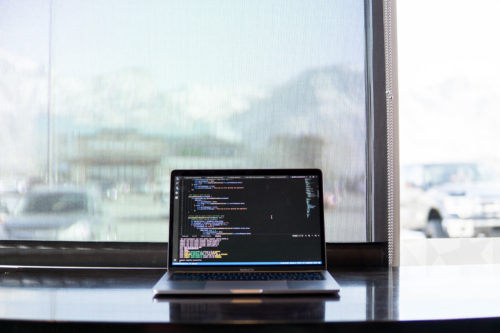 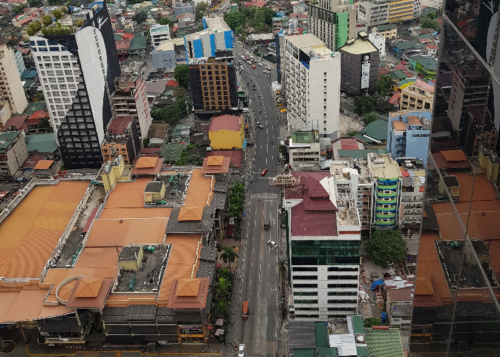