A hybrid simulation concurrently applies the microscopic model in selected areas and the mesoscopic in the remainder of the network. The hybrid model is recommended for large-scale networks with specific areas that require a microscopic level of detail but with a global network evaluation.

Using the hybrid model is beneficial for networks where changes or strategies that require precise knowledge of when a vehicle passes over a detector located inside a road section (such as adaptive control and transit signal priority (TSP)) but may have a wider influence in terms of rerouting on the network. Running the entire network at microscopic level would increase the computation time, so the use of the mesoscopic model outside of the areas where micro is strictly needed allows you to increase the size of the model without impacting too heavily on the runtime.

For instance, Figure 1 shows a network that is in the mesoscopic model with a microsimulation area where TSP is implemented (green polygon). TSP requires the detection of buses as they approach and exit intersections to place and clear the priority calls. Meso doesn’t know exactly when a bus passes a certain location inside a section, so the TSP corridor needs to be in the microscopic model for the logic to be supplied with accurate inputs. At the same time, just simulating the corridor would ignore any rerouting effect for private vehicles, whose travel time would be impacted by the transit calls. 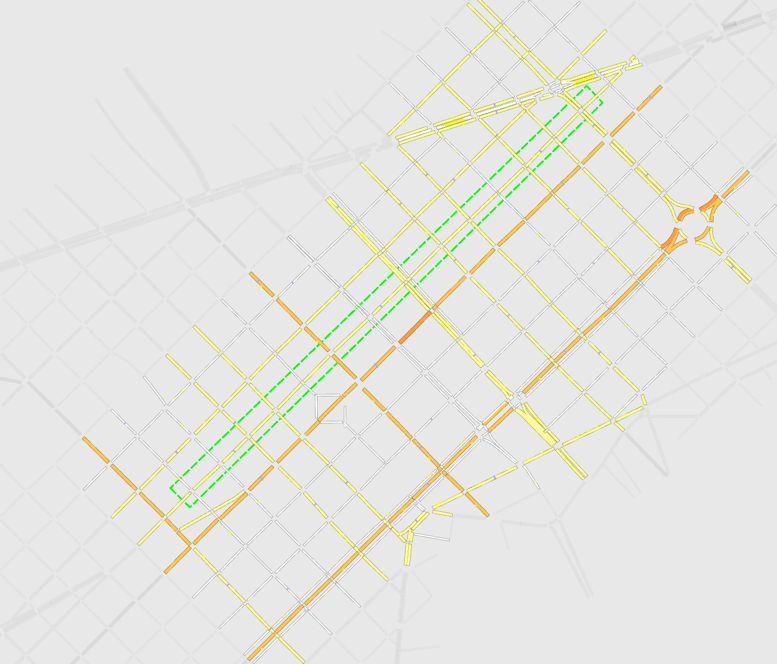 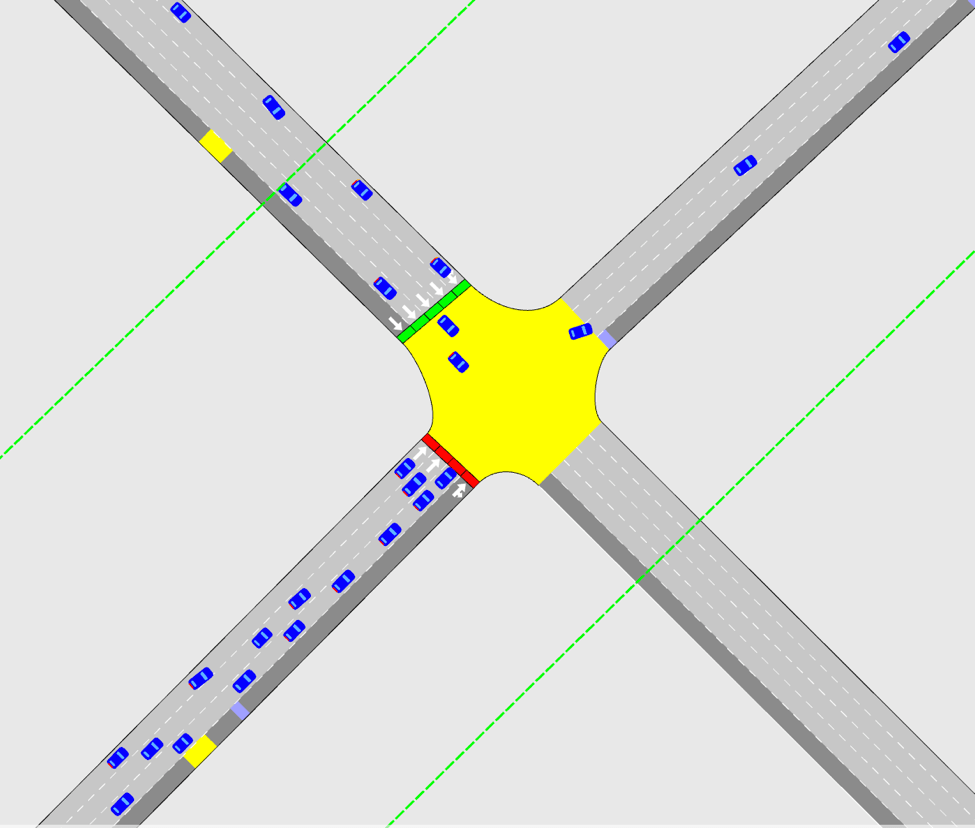 When calibrating the micro behavior inside the microsimulation areas, the following values for the basic parameters are a good starting point to ensure the consistency of throughput between the meso and micro areas.

Lane-changing model:
Look ahead distances = distance zones
RT factormeso has to be lowered to reduce lane-changing delay where needed, for example where you have increased Cooperationmicro

Additionally, keep in mind that some information is not propagated across boundaries such as visibility of public transport stops, cooperation distance in on-ramps and main stream visibility in yield signs (Figures 4, 5 and 6, respectively). 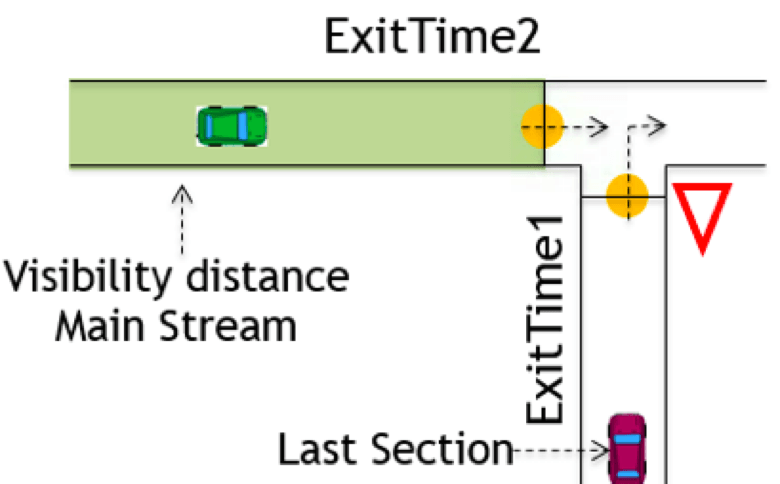 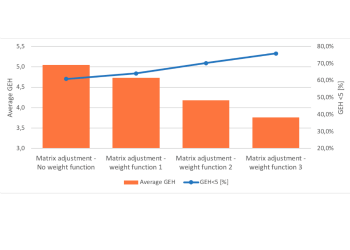 August 2014: Margarida Delgado explains the advantages of the chain structure of the four-step model experiment in Aimsun.