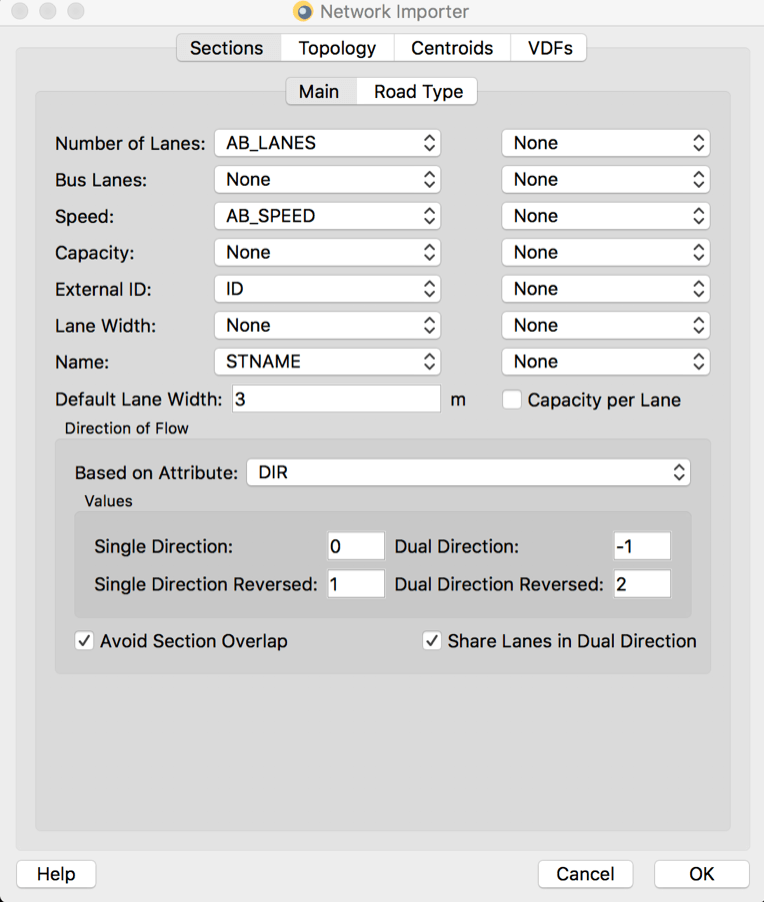 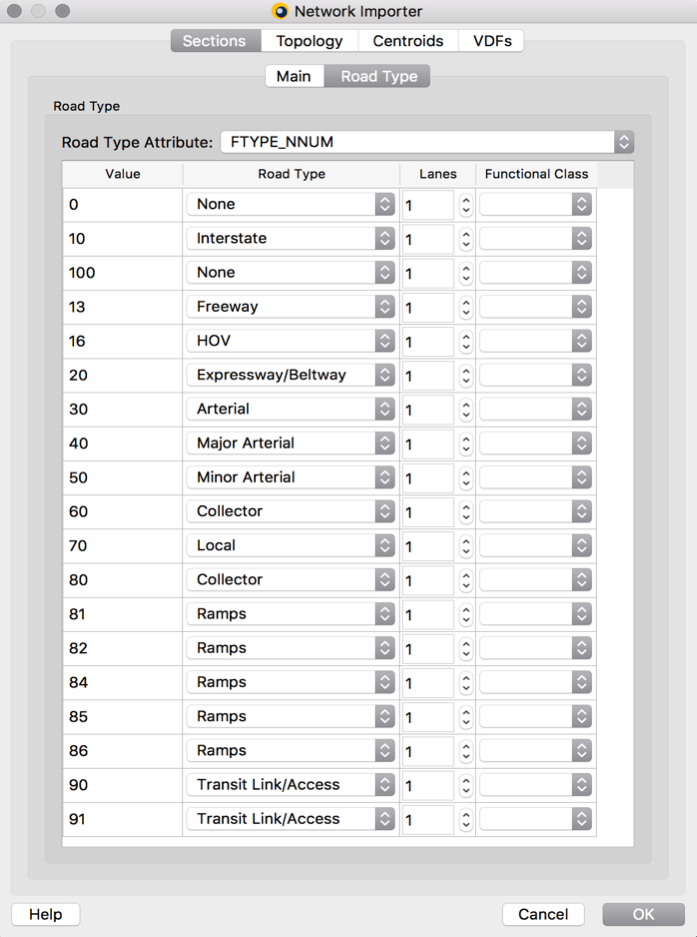 The “Lanes” column will be referred to if no attribute is selected for Number of Lanes in the Main tab. This field can also be used to prevent certain road types from being imported by selecting “Don’t Import”. In the US, Functional Class pertains to the service that the road is intended to provide.

Aimsun Next uses this information to hide low functional class sections when zooming out and add more details as you zoom in. 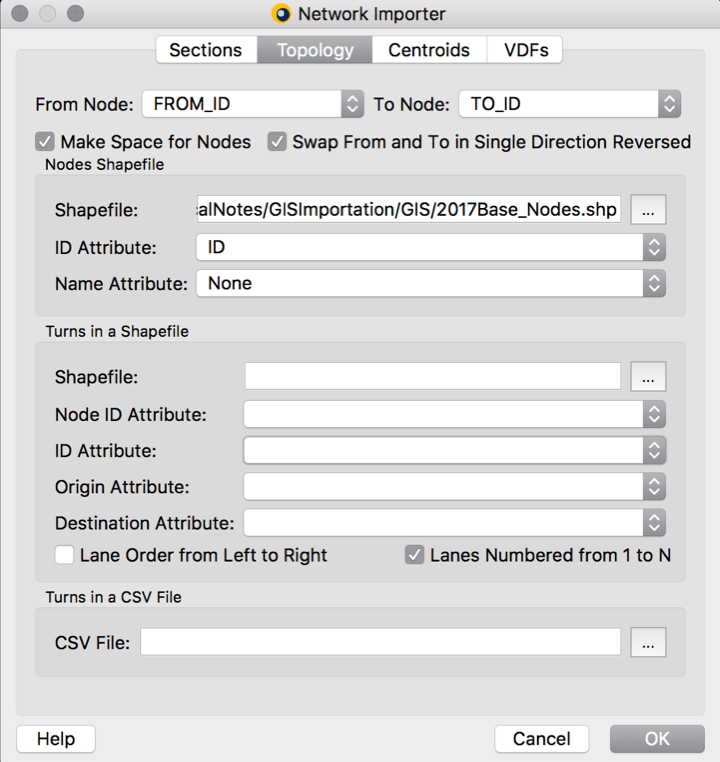 The Topology tab (Figure 3) contains critical information that determines the integrity of the network geometry. You can automatically create Nodes based on the attributes defined for From Node and To Node. These attributes must be available in the GIS file that you are importing (note that other software packages require an extra step to save these attributes before exporting the GIS).

Optionally, an additional GIS file with node information can be provided. However, it will only be used to import node attributes, and it will not affect the geometry of the imported network.

Turns are automatically made between all the incoming sections and all the outgoing sections in the node (except U-turns) and the lanes used are automatically assigned. Turns are classified based on the angle between the sections. The importer also identifies whether only some or all the lanes are included in the turn, depending on the number of lanes and the other turning movements that start from the section. For example, in a left turn, maybe only the leftmost lane will be included in the left-turning movement while the rest of the lanes will be for the through and right-turning movement.

Alternatively, you can use a shapefile containing the turn and lane assignments. The file can be in a shapefile format or a .csv file. However, we recommend reviewing the network after the import is completed to ensure that they reflect reality. 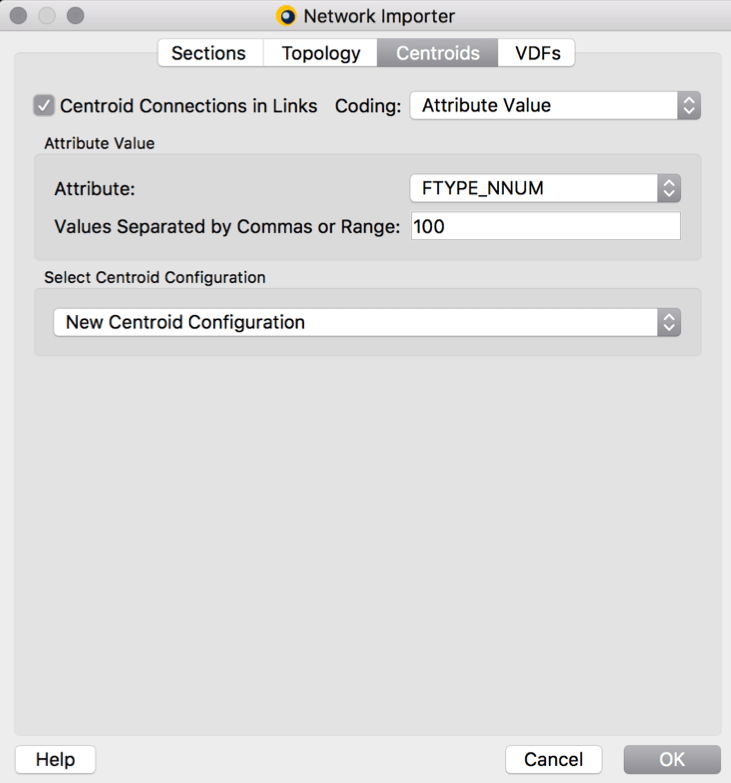 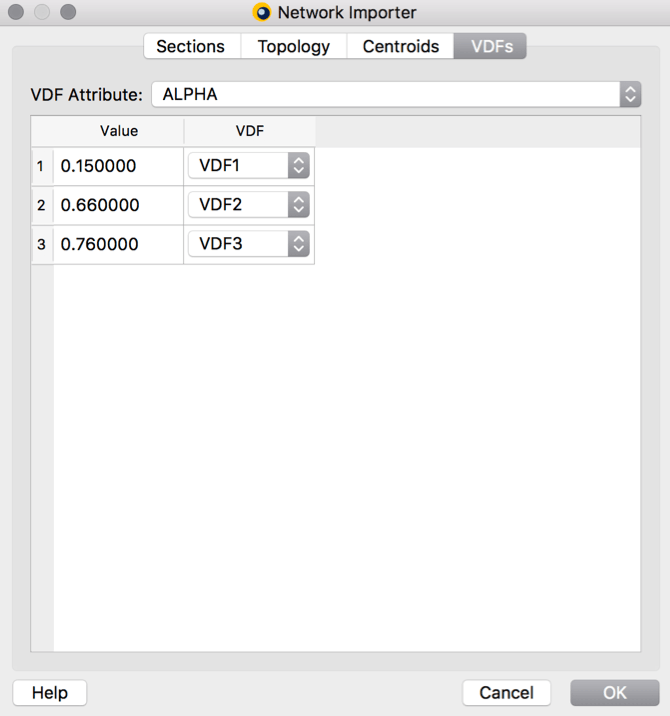 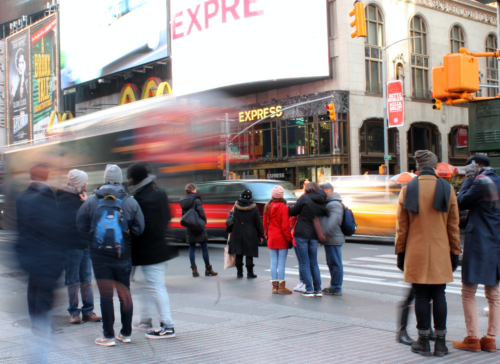 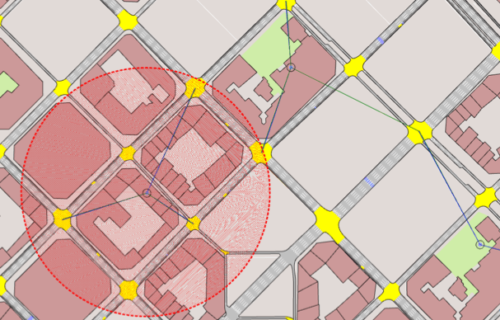