Public Transport Lines use the scenario’s network, which can be defined by a set of geometry configurations. This being so, you need to duplicate any public transport Lines that are interrupted by any of these geometry configurations and then redefine their route in accordance with the new network. You’ll also need to update Public Transport Plans. 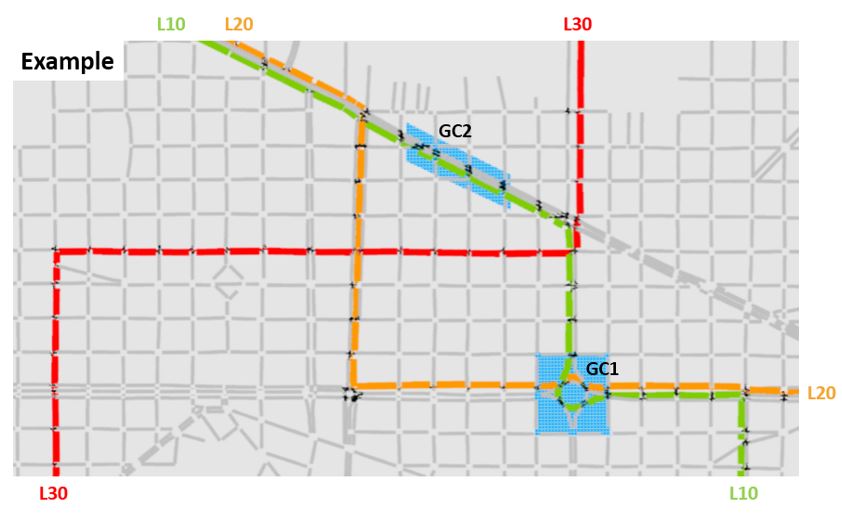 Imagine you want to apply two new geometric configurations. First apply GC1 only. In the final scenario apply both GC1 and GC2. 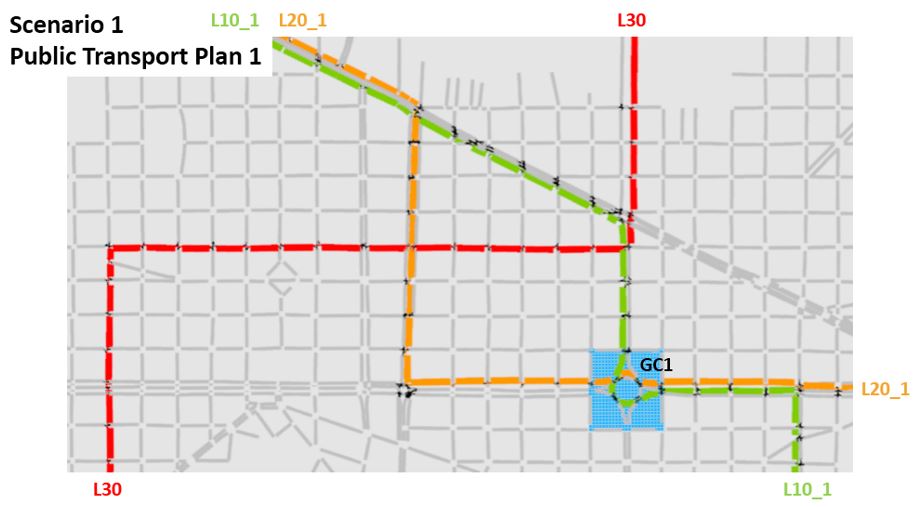 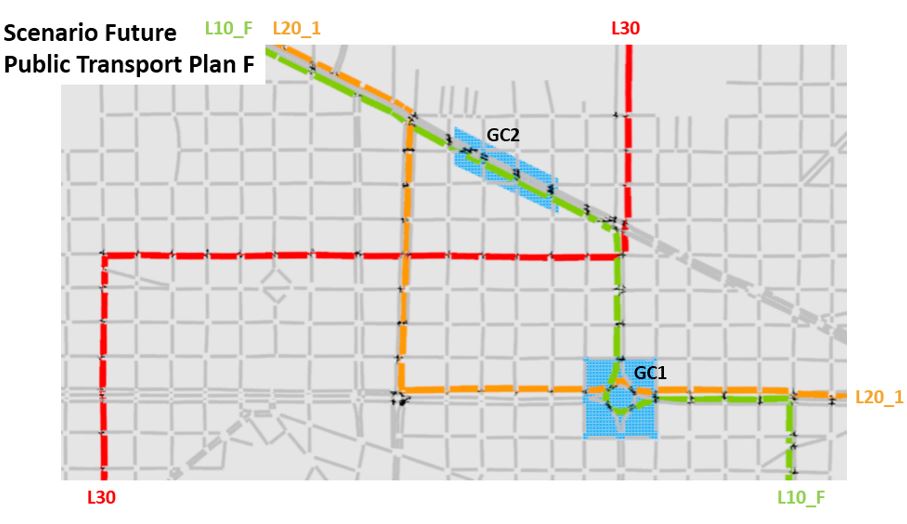