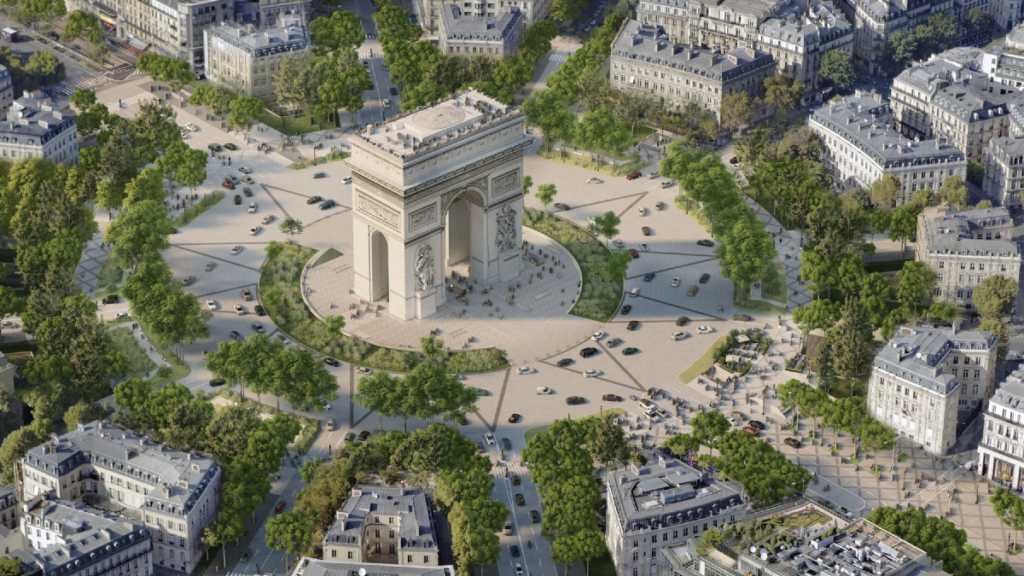 Paris mayor Anne Hidalgo has become famous for her radical disruption of the urban mobility space with a goal of ensuring that all residents live within 15 minutes’ walking or cycling of their daily activities. Named by Time magazine as one of the world’s 100 most influential people in 2020, she said after her re-election last year that Paris “needs to evolve”. Hidalgo intends to create more kerb-protected cycleways and encourage “the 15-minute city”, where people live, work, shop and socialise in a smaller, more accessible locality.

In response to the coronavirus pandemic, Paris now has 45km of new cycleways, known as ‘coronapistes’, with more in the pipeline. There will also be restrictions on certain motorised vehicles using the roads alongside the River Seine as part of the ‘Paris Respire’ (‘Paris Breathes’) plan to clean the city’s air and improve quality of life.

However, in other parts of the world, hastily-introduced road layout changes haven’t all worked out as planned. Across the English Channel, the UK’s transport secretary Grant Shapps has already questioned the reallocation of traffic lanes for walking and cycling, citing traffic jams and the air quality actually getting worse rather than better.

It is widely agreed that, when well executed, reallocation of road space can have real benefits for city dwellers’ quality of life. But how to get it right first time, without a costly process of trial and error?

The answer lies in using a transport model, or digital twin, that allows city planners to test out road schemes virtually. These models can simulate how traffic, cyclists and pedestrians will use the new layouts, before they ever make it to the physical world. Aimsun has been active in Paris since 2008, opening its own office in 2011 to provide on-the-ground support for the growing demand for virtual testing, both in the French capital and beyond. Aimsun modelling was extensively used to understand the implications of one of Hidalgo’s flagship transport policies in Paris: the banning of cars from one of the roads flanking the Seine.

This politically complicated project was tested virtually first to see the implications of the policy and identify any mitigating measures required. Because the scheme was extensively tested in microscopic detail before implementation, the final deployment was a great success.

In this case, Aimsun Next was used to confirm that the political decision would not have unforeseen consequences. Using the existing mesoscopic model of Paris, the flow of traffic within the Boulevard Périphérique ring road around central Paris was analysed to confirm that there would not be significant traffic jams caused by the closure. The city planners were given confidence that there would not be, and the work went ahead. The Aimsun Next model of Paris is being extended beyond the Périphérique to encompass more of the city right up to the outer ring road of the A86, which is over 80km long.

Because the model is dynamic, it predicts traffic movement in a highly detailed way, simulating movement down to 15-minute intervals, helping to identify any pinch points where or when jams may build up and the impact of any changes in road capacity.

Parisians will be familiar with the recent Seven Squares redevelopments. One of the seven, the Place de la Nation, saw a 50% increase in pedestrianised space and the restriction of traffic down to four lanes around the perimeter.

This was carefully planned in Aimsun Next simulation software, with particular attention to the positioning of pedestrian crossings and traffic fl ow; the result was a widely welcomed improvement in the area.

The multi-level model is vital in virtually testing the viability of improvements to the road network, ensuring that what looks like a good idea in theory will actually work when implemented in the real world.

This ensured that the remodelling of the entire Eiffel Tower area and introduction of integrated mobility schemes in Bastille Square were successful.

It is key to understand that the modellers did not tell planners what they should do, but rather gave them an insight into the impact of different strategies to enable a fully informed decision about the near and far-reaching effects of each of the proposed scenarios.

There has also been extensive pedestrianisation along Boulevard de Sebastopol, the thoroughfare running north–south in central Paris, separating Le Marais from Les Halles.

Aimsun modellers take as much information as available about the movement of people and goods around the city. They analyse origin-destination data, vehicle types, travel by time of day, day of the week and season of the year to build up a real understanding of network demand. This data is then input into the model and the model is repeatedly compared against real-life traffic behaviour and refined over and again to ensure that the model’s predictions are accurate, in a process known as calibration and validation.

Then changes to the road layout are made virtually within the model and the effect on traffic fl ow is predicted – how traffic changes route, time of travel or even mode. Because the model is calibrated to people’s behaviour in a particular city, it accurately predicts how they will behave when their travel options change.

Therefore the effect of, for example, adding or removing traffic lanes, or changing the phasing of signals, or rules on turns at junctions can be tested in the virtual world before ever being implemented in the real world.

The latest high-profile change to Paris’s streets will be the revamping of the iconic Champs-Élysées. Hidalgo has approved a scheme to turn the 1.4 mile road into an “extraordinary garden” with a dramatic reduction in traffic and the number of traffic lanes, carefully modelled to improve air quality and give space back to pedestrians.

The next stage of their work was to design a reference scenario with all the urban improvements that the city of Paris plans to carry out by 2025. Examples include the Plan Vélo (bike-sharing), the project to extend line T3 between Porte d’Asnières and Porte Dauphine, and the redevelopment of the Quays. This reference scenario also incorporates the assumptions for changes in travel demand based on observations and analysis of traffic trends by the city of Paris and ensures a holistic approach to changes in network layout, significantly reducing the risk of the Champs-Élysées scheme having unintended consequences elsewhere.

The reference scenario created a projected situation in which all the impacts due to changes in road supply and travel demand are taken into account when the project is commissioned. These changes generally result in traffic shifts at varying scales that will of course be built into the model.

The last step is the project scenario, which includes all the assumptions of the reference scenario and adds those of the Champs-Élysées project. The choice of relevant traffic indicators and their comparisons between the baseline and project scenarios made it possible to precisely identify and quantify the impacts.

The changes are continuing, with monthly car-free days from November last year. With so many dramatic and interdependent changes to the historic city’s transport network, there is a risk that any plan to reduce traffic jams and improve air quality could backfire. An integrated, multi-level, city-wide transport model can hugely reduce that risk.