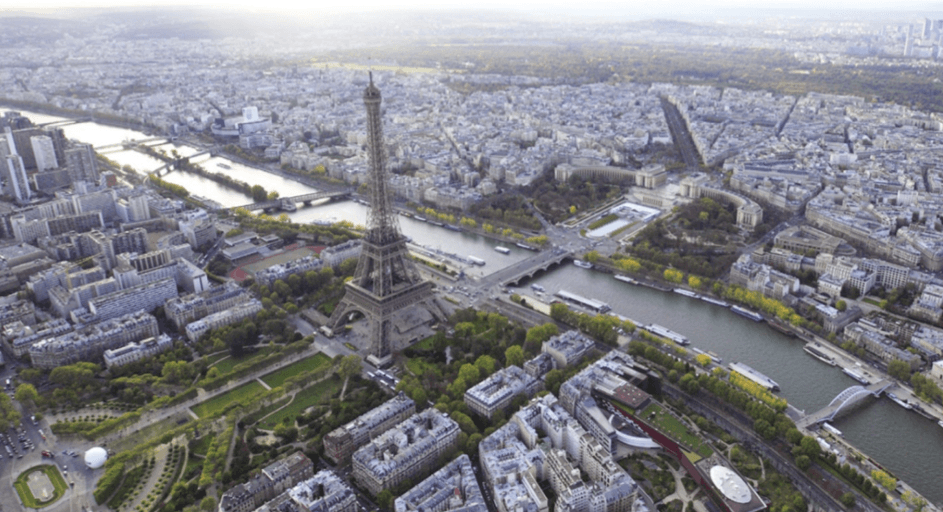 In the context of the competition for redesigning the Eiffel Tower area by 2023, the Paris City Council commissioned a wide-area microscopic model to be used by all of the contestants who wanted to present their project proposals.

The Aimsun Next microscopic model includes the entire area surrounding the Eiffel Tower and features all of the elements that are required for the dynamic traffic modeling of the present baseline scenario and possible future scenarios: real data sets; master control plans; traffic demands; public transport plans and dynamic scenarios. Each of the contestants could assess the dynamic impacts of their own planning proposal on future traffic conditions by comparing their own projected situation to the common reference scenario.

The Parisian territory covered in the microscopic model is rather challenging as it contains several of the busiest and most complex intersections in the city. Hence, a substantial amount of work on the microscopic calibration of the entire model is expected.

The subnetwork is defined from the large-scale macroscopic-mesoscopic Ile-de-France model, which is owned by the Paris City Council and calibrated for the baseline situation. The details useful for the microscopic level of modelling are checked or introduced in this wide subnetwork in order to provide the greatest number possible of accurate inputs.

Thanks to the true integration of the modeling levels offered by Aimsun Next, most of the elements required for the dynamic simulations come directly from the large-scale macroscopic model, such as the control plans, the public transport lines and the transversal traffic demand matrices.

The refinement of the geometry of the roads and intersections, as well as the refinement of the demand by a split by time slices and by vehicle types complete the inputs for the calibration and the validation of the microscopic baseline model, using the real data set on the subnetwork.

Above: Dynamic simulation in the Eiffel Tower microscopic model.

For the reference scenario, on one hand, all the expected infrastructure and parameter changes related to the future layout plans are integrated in the large-scale macroscopic model of the city of Paris, using Geometry Configurations and Network Attribute Overrides respectively. On the other hand, the hypotheses regarding the future reference situation are applied to the baseline demand.

The macroscopic static assignment of this future demand in the reference situation enables to get the future flows and routes in the Paris model, hence the transversal matrices to use as an input in the subnetwork which corresponds to the future reference scenario.

In the subnetwork, the contestants could therefore undertake dynamic simulations to assess and analyze the impacts of their transport plans on the surroundings of the Eiffel Tower, on both sides of the Seine River.