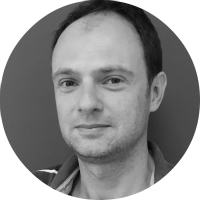 The phrase “digital twin” has become ubiquitous in the field of transportation, but it has been applied so undiscriminatingly to so many different concepts that it is hard to know what people mean by it. I’ve seen “digital twin” used to refer to anything from an offline model to a 3D render, but neither of these can truly be considered a digital twin in any meaningful sense.

The concept of a digital twin is not new: virtual replicas first appeared in manufacturing to support performance optimization. The idea was to have a virtual representation of a manufactured product or production system and, crucially, to continuously feed the digital copy with new data in order to monitor, diagnose, and predict issues. These digital twins allowed manufacturers to reduce the time and costs associated with assembling, validating and maintaining factory production systems.

From this description we can identify the following core requirements for a digital twin:

This implies that a simple 3D rendering of an object, or indeed of a city, cannot be considered a digital twin, because it is not updated with real-time data and therefore completely lacks understanding of how the current state will evolve based on those inputs. This at most can be classified as a 3D map, which may be useful for navigation, but not for management and decision support. In fact, although the phrase “digital twin” conjures up a very visual image, photorealism and 3D representation are not even requirements for a digital twin.

Additionally, the three core requirements mentioned above must be all present in every digital twin. For example, a mobility model built for a specific scenario, such as the afternoon rush hour of a typical weekday in say, Atlanta, fulfills only the third condition, but is not connected to real data or capable of automatically updating itself, so it is just a model, rather than a digital twin. Equally, a map or a 3D rendering of a city that shows the current traffic state is not capable (without an underlying model) of predicting its future state, so it’s just a situational awareness platform, not a digital twin.

However, if we look at the Aimsun portfolio of solutions, we can find a real digital twin, and in fact we’ve been creating digital twins since well before this concept even became common parlance in the field of transportation simulation: Aimsun Live. Aimsun Live is a decision support tool for transportation management that fulfills all the core requirements listed above:

A digital twin is a valuable tool in the field of transportation management, but only if it is a true digital twin like Aimsun Live, not if it’s just perfunctorily labelled as such. To see some of the use cases for our digital twins, look here: www.aimsun.com/real-time-transportation-management/.